Gabriel Nyoni turns into a businessman

Zimbabwean footballer, Gabriel Nyoni, who sustained a career-threatening injury, has moved quick to start a business which could go a long way in helping him survive should he be unable to make a return to the pitch. 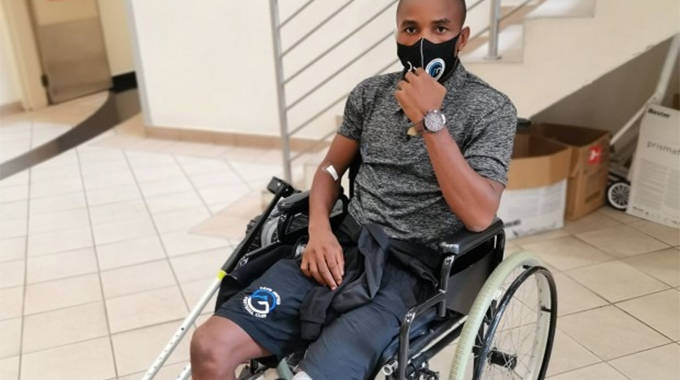 Cape Umoya midfielder Nyoni sustained a Lisfranc football injury during a GladAfrica Championship game against Richards Bay FC in South Africa and was subsequently told that is his future is uncertain. Two wires and three screws were inserted in his foot and he will know in a few months whether there is a possibility that he will no longer play football.

He admitted that he has been fighting through feelings of depression, but he decided that he won’t just sit back and feel sorry for himself.
The former Maritzburg United player has started his own range of perfumes called GN27.

“When I got this long term injury, which might or might not end my career, I just thought about how I can continue to add value to people’s lives without stepping my foot on the football pitch. Then the idea popped up that I want to create quality fragrances that are affordable to everyone. We all want to create an impression and leave a mark, so I created long lasting quality perfumes,” Nyoni tells Soccer Laduma’s Siya crew.

“I started one week ago. The response has been impressive. People are willing to help me grow. They are buying and most of them are impressed with the product.”

With regards to his injury, Nyoni said he would be going to his second operation soon.

“It has been improving greatly. I will have my second surgery next month to remove the screws. And I have recovered from the depression I had gone into. I am positive and ready to keep fighting through.

“I got support and assurance from my club, my coach. Coach Roger de Sa has been encouraging me to keep on. Our physio, Ms Mitchel also continue to assure me that it will be okay.” The Herald