When Bulawayo Chiefs joined the Premier Soccer League in 2018, not many thought they could one day become one of the most talked-about teams in the country. 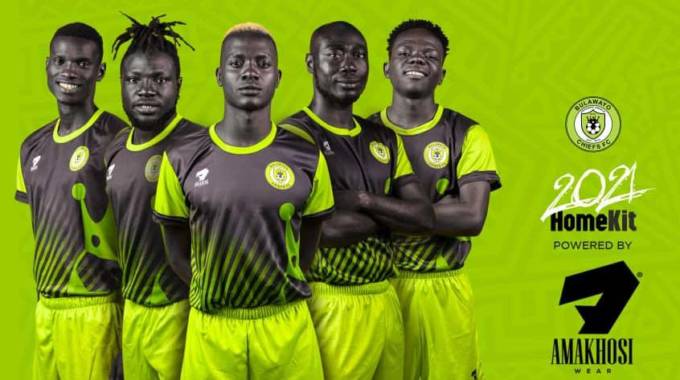 Determined to make a name for themselves, and stake a claim on the big boys’ table, Chiefs soon realised they would have to do something out of the ordinary to steal thunder from teams such as Dynamos, Highlanders, CAPS United and FC Platinum.

They had to devise a way to get noticed.

Luckily, in every circumstance lies an opportunity, and Chiefs found their opportunity in technology.

They tapped into the uncharted waters of social media, and within six months of joining the top-flight, they had reached 5 000 followers on Twitter, a number that has grown to more than 45 000 in a space of three years.

Bulawayo Chiefs media officer Thulani “Javas” Sibanda conceded that his club, who have also had to perennially fight relegation, had to turn to social media to aggressively market their brand.

“The main objective of the Twitter account is to push the brand of Bulawayo Chiefs. To us, social media means a lot. It is in that social media world that we get pumped up to keep doing better, and it is the interactions and communication that have made us into who we are today.

“Social media broke barriers and borders for us,” said Sibanda.

Their use of banter saw other PSL clubs following in their footsteps and it became the norm for teams to fight it out on social media platforms before the real matches got underway. They essentially revolutionised local league match build-ups.

And Sibanda, the man behind the revolution, said the banter was supposed to make the perfect build-up for Chief’s matches.

“A football match is not just about waiting for the afternoon kick-off; we need to create that environment where everyone eagerly waits for the kick-off.

“It is interesting how the clubs have embraced the use of banter in the PSL.”

Although he acknowledges that some opponents felt offended, Sibanda maintains the banter was “never meant to hurt anyone”.

“For us, the whole aim was to instil love and togetherness in football.

“We dreamt of a tense-free football atmosphere, thus the statement Anjalo AmaSports,” he said. Having transformed social media for local clubs, Bulawayo Chiefs then scored another first as they became the first club in Zimbabwe to open an online shop to sell their merchandise, largely targeting the Diaspora.

They also recently went into partnership with Catapult Sports to use wearable GPS technology for their players.

On Thursday, they became the first local club to unveil their own clothing brand – “Amakhosi Wear”.

“Amakhosi Wear came out of the realisation that we can tap into available resources and create our own brand.

“We have always ridden on a vision to excel up to international standards, and it is that desire which drives us to brave uncharted waters. “We are ninjas for so many reasons.

“Ninjas are unorthodox, and they succeed because of extraordinary focus, mindfulness and preparedness. We are here to prove that we are not super-heroes, but we are human,” said Sibanda. The Sunday Mail