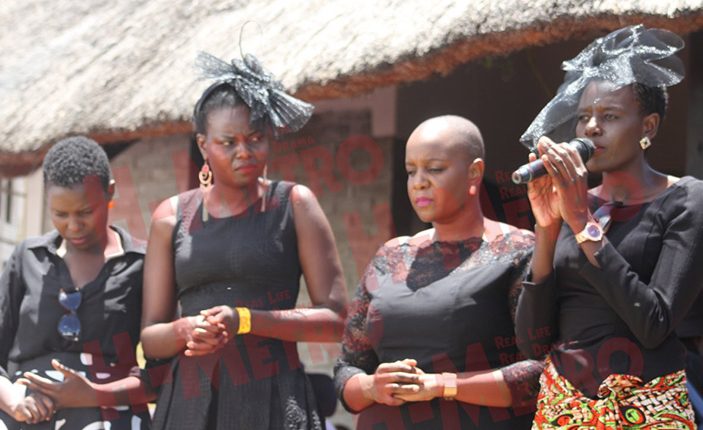 Sandra, eldest daughter to the late Oliver “Tuku” Mtukudzi, says she has managed to unite her siblings as the big sister. 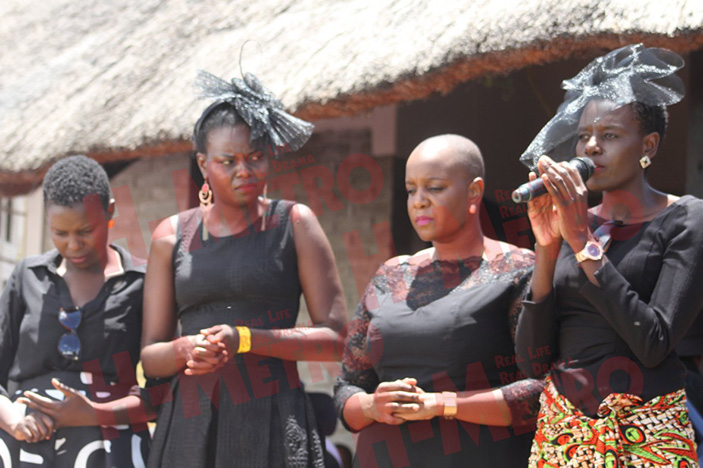 She however says she won’t brag about her birth right saying she also pays attention to her siblings when it comes to decision making.

She opened up to H-Metro as we mark the first year anniversary of her late father today.

Tuku died on January 23 last year and was declared a national hero.

As such, January 23 is set to be commemorated every year as is the case with other world renowned music legends like Bob Marley.

However, it should be mentioned that in every family set up, there are some people who do a lot of work in uniting the family and for Tuku’s children it has to be Sandra.

“I don’t brag to be the big sister per se but I am just playing my role is to unite the family, especially my siblings.

“If you see us together with Selmor, Sibil, Samantha, you won’t believe that we are getting well along.

“Of course I spent 99 percent of my time with Selmor due to work commitments but I have time for my other siblings and we are cool as a family,” she said.

Sandra, who prefers to be on the background managing Selmor’s affairs, said she enjoys her managerial role.

“I have always loved management, it’s a role I have been performing for a while.

“While our band is made up of young and old madhala, I don’t have problems in handling them because of the respect we give each other.

“As for the old band members who are good to be my fathers, I just give them their space and we don’t have problems at all,” she said.

As the world remembers Tuku today, Sandra said she still can’t believe it that her father is no more.

“I find it difficult when recorded interviews of my father are being played on national TV.

“As you know, my father was soft spoken and it’s hard to believe he is no more when his interviews are being run on TV.

“We had a strong bond with him and he would call us regularly checking on us when he missed us,” she said.

On her advice to fellow daughters of departed legends in her situation, she added:

“Don’t be afraid to follow in your dad’s footsteps if you want to keep their legacies.

“Don’t take gender issues if you want to follow your father’s legacies.

“If your father was a carpenter and you want to follow in footsteps, go for it and don’t be afraid.”

She however said it was not rosy for female artistes to be recognised the industry.

“Hard work is required if we are to make it to the top and in our case, we are glad that our dad left us on another stage.

“We are grateful for the support and sponsorship we have been receiving from various corporates,” she said.