Harare City have named defender Marshal Machazane as their captain for the 2019 season. Machazane crossed the floor from Dynamos at the beginning of the season. 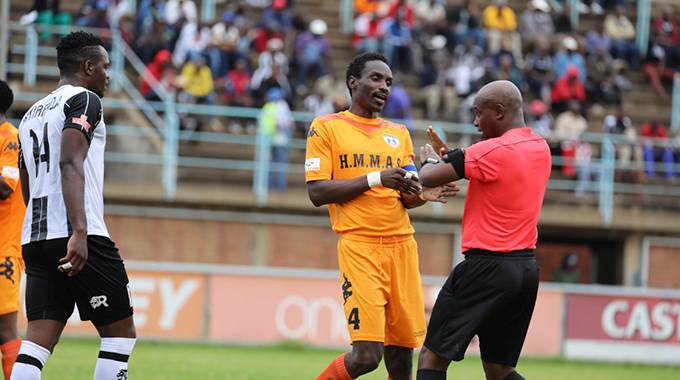 After former captain Tendai Samanja chose to hang up his boots at the end of last season to pursue coaching in the club’s junior ranks, Raymod Uchena has been given responsibility to lead the team.

City lost their opening two games with Uchena leading the team before the armband was given to Machazane who went on to lead the team to two successive wins.

Machazane has welcomed the responsibility saying this will motivate him to work hard.

Who will sip into Chibuku? . . . as Bosso, DeMbare rekindle…

“Pressure motivates me. I love responsibilities.

“I helped Dynamos survive relegation, remember. I flourish under pressure.

“I will keep on working hard to make sure we achieve our objective,” said Machazane

The former Dynamos skipper will be deputised by Milton Ncube and William Manondo.

Machazane said he feels honoured that coach Mark Harrison has shown faith in him.

Related Stories:
“I have to be a good example since other players will be looking up to me on and off the field.

“I am enjoying myself here. All is well, the players have been supportive, the technical team is awesome and the management has been good too.

“I can only pay them back by delivering,” he added.

Machazane said their key objective is to win the league this season.

“Our objective is to win the league. We have good squad on paper.

“But it’s all about the mindset. Everyone is willing to go an extra mile and achieve history, that’s our obligation.

“The league is still beginning. We are back on the track and we are planning to keep it that way.

“Our mentality has changed, we trust the process but it takes a strong person with a strong mentality to achieve something special at the end,” he said.

The Sunshine Boys host Black Rhinos at Rufaro on Sunday.H-Metro

Nakamba back to fitness

Who will sip into Chibuku? . . . as Bosso, DeMbare rekindle rivalry

Another tense City, CAPS duel on the horizon