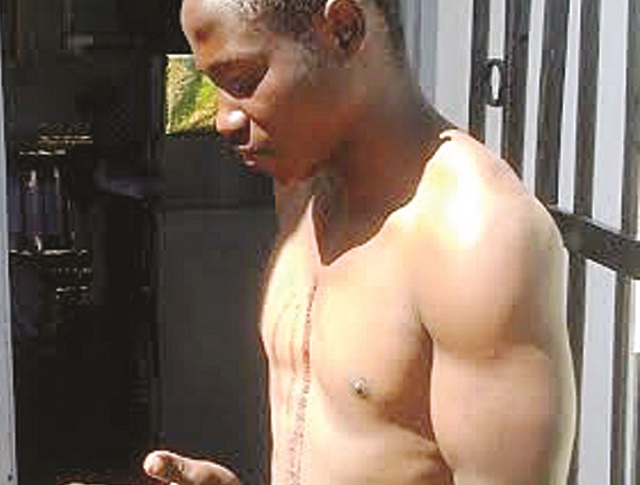 A self- confessed serial killer from Gokwe who raped and killed a milk vendor after sucking her blood vampire style, has been declared insane by the High Court and referred to a mental health institution for further treatment.

Alois Tapiwa Nduna (28) recently confessed to raping and murdering 13 women in different parts of the country.

Nduna of Matanga village under Chief Jiri in Gokwe South is a self-confessed Satanist.

Justice Takuva ruled that Nduna could not be held legally responsible for killing Ndlovu, saying he was mentally ill at the time he committed the offence.

The judge retained a special verdict of not guilty to the charge because of insanity in terms of the Mental Health Act.

“The psychiatrists’ reports depict a disturbing background of the accused person. Although the reports say you are fit to stand trial, they highlight that the accused has a mental disorder and behaves like an animal,” he said.

“There is a probability that you raped the victim either after or before you killed her. From the evidence before this court, we are satisfied that you committed the murder because of insanity.”

Justice Takuva said Nduna was a danger to his family and society and needed to be taken to a mental health institution for treatment.

“The court therefore returns a special verdict of not guilty in terms of section 29 (2) of the Mental Health Act.

Accordingly, it is ordered that the accused person returns to prison for transfer to a special institution for treatment.

You are a danger to your family and society in general,â€ ruled the judge.

The State led by Mr Trust Muduma said on 19 March 2015 at about 5PM, Nduna met Ndlovu along a footpath linking Romney Park suburb in Bulawayo and the Bulawayo-Harare road.

He grabbed the woman by her neck and she fell to the ground.

“As the deceased lay on the ground, accused tore a piece of a lacing from the woman’s petticoat and used it to strangle her,” said Mr Muduma.

To conceal the offence, Nduna dragged the body for about 131 metres into the bush and searched her handbag.

He took a cellphone and disappeared from the scene.

Ndlovu’s husband tried to contact his wife but to no avail.

Two days later, he discovered his wife’s body along the footpath and reported the matter to the police leading to Nduna’s arrest Nduna, who is said to have committed several murders in Hwange, Zvishavane, Bulawayo, Chipinge and Masvingo, claims to be an agent of a satanic cult which thrives on human blood.

According to the psychiatrist’s report, Nduna had episodes of unpredictable behaviour which saw him vomiting blood while admitted to Mlondolozi Mental Health Institution.

He sent police officers fleeing from Mvuma Police Station after he vomited blood and ate it.

He would wake up with 666, the Biblical number signifying the end of the world, inscribed in blood on his back where authorities claimed he could not have done it himself.

Nduna claimed he travelled outside the prison every night using supernatural satanic powers.