By Luthando Mapepa and Freedom Mutanda 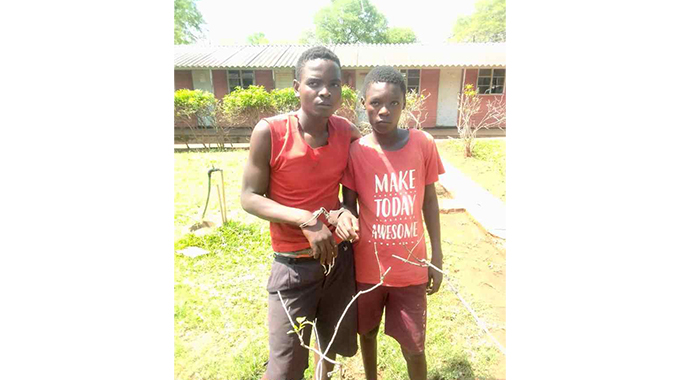 The incident occurred while the classmates were on their way from school two days before sitting for their final examinations which commenced yesterday (Thursday).

“Proud was stabbed by another Grade Seven student with the assistance of his uncle, Tichaona Mabemba,” said Mr Gabaza.

“This sad incident took place while the pupils were on their way home at around 1pm and about 2,5km from the school premises.

“Among those who witnessed the stabbing was a Grade Six pupil, Angeline Semwayo, who rushed back to the school to inform the authorities. The headmaster sent a rescue team, but upon arrival, the perpetrators had disappeared,” he said.

Mr Gabaza said the rescue team which included the deputy headmaster was assisted by other pupils to carry the victim into a hired truck.

They were also joined by parents of both the perpetrators and the victim and rushed Proud to Chipinge District Hospital.

“Unfortunately, the victim was pronounced dead on arrival at Chipinge District Hospital. As of Wednesday, Proud’s body was still at the hospital mortuary awaiting post-mortem,” said Mr Gabaza.

Asst Insp Kamera said Mabemba and the 15-year-old Grade Seven pupil were arrested and are assisting police with investigations.

A teacher at the school, who spoke on condition of anonymity, said the two pupils had a misunderstanding at school.

He said after school, the suspect teamed up with his uncle to waylay Proud on his way home.

“When he realised that danger was imminent, Proud took to his heels. One of the suspects shot him with a catapult on the leg. Proud stopped running and Mabhemba ordered the juvenile to kill him.

The SDC chairperson, Mr. Paonei Machuwaire, said parents were devastated by the incident.

“We are dumbfounded. These children should have been preparing for their exams. Life has been lost unnecessarily. We are sending our condolences to the Simangos for the loss of their son,” he said. The Manica Post