Teenage Hadebe is likely to miss his flight back to Turkey tomorrow, with his passport only expected on Thursday, in what could further rile officials of his club Yeni Malatyaspor. 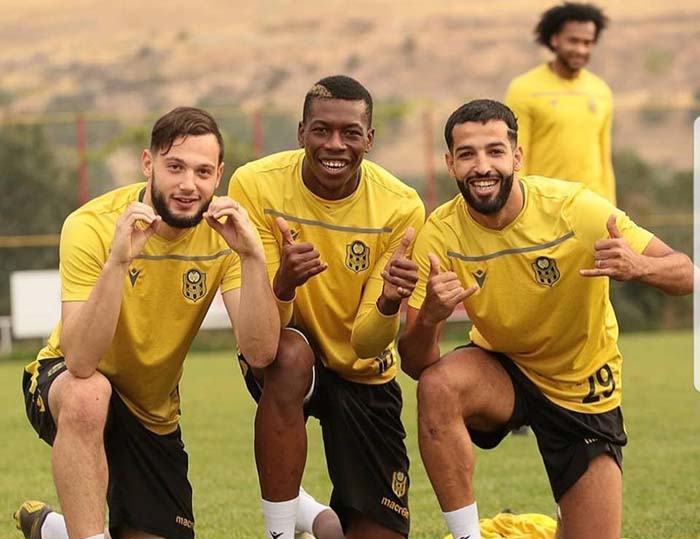 There are genuine fears this could lead to a breakdown in relations between the team and the Warriors centreback who remains holed up in his hometown of Bulawayo.

The 24-year-old Zimbabwe international has now been away from his Turkish club for 15 days and this has irked his Turkish employers who believe they are getting a raw deal when they are paying the player.

Hadebe missed his team’s high-profile league match against giants Fenerbahce on Sunday, which ended goalless, and saw Yeni Malatyaspor fall five points behind leaders Sivarsspor who have 21 points from 12 matches.

Marvelous Nakamba back in action

Teenage Hadebe heads back to base

Hadebe likely to be first Euro-based Warrior back in action

Today marks exactly a week since Hadebe last featured for the Warriors in their historic 2-1 Afcon qualifier victory over Zambia in Lusaka.

Most of his fellow foreign-based teammates flew straight from Lusaka to their bases but Hadebe was forced to return home to apply for a new passport.

Fenerbahce okayed that arrangement, because the Turkish club believed that as Hadebe was a high-profile Zimbabwean sportsmen, he was likely to get his passport within a day and then fly back to his base.

“The officials at Yeni Malatyaspor were so certain that Teenage would get his new passport in a day or so and, by their calculation, he would fly out of Zimbabwe last Thursday and be in Turkey, in the worst case scenario, by Friday,’’ sources said.

“The club had actually laid out a special programme for him, when he arrived there, where he would be put through some drills to prepare him for the match on Sunday against Fenerbahce.

“However, they were shocked to learn that, even though Teenage is a sporting ambassador for Zimbabwe, he has to go through the normal process and that means he would not be given any special preference.

“That meant he would miss the game against Fenerbahce and things got worse at the weekend when it emerged Teenage might also miss the next match on Friday and this has made the people at his club very furious.

“You also have to feel for Teenage, too, because he came here to fight for his country only to run into all these challenges which would not have happened had he decided to remain in Turkey and not play for the Warriors in the two Afcon matches.” The Chronicle

Marvelous Nakamba back in action

Teenage Hadebe heads back to base

Hadebe likely to be first Euro-based Warrior back in action