Gokwe music lovers were left clamouring for more after a splendid performance by Stunner and Ba Shupi on Saturday. The duo, real names Desmond Chideme and Peace Ndlovu respectively, spent the better part of the day at Gokwe Centre where they performed live doubling as MCs during the Gokwe Spar Magic Moments fun race. 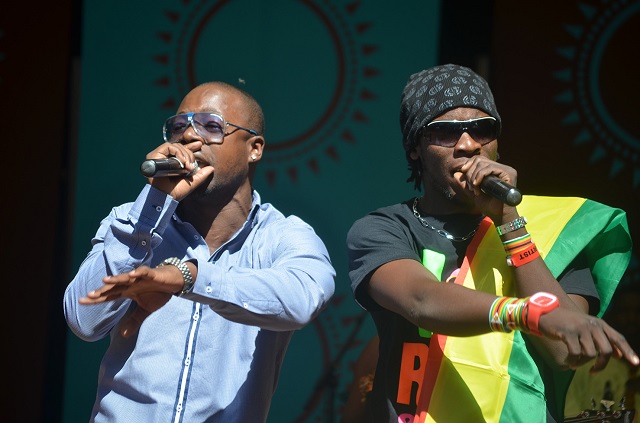 Collaborating on many hits like ‘Godo’ and track of the moment, ‘Bhero’, the two easily alternated from being artistes to MCs with ease.

In between, they also interacted with their Gokwe fans who could not hide their joy for perhaps meeting their role models for the first time in their lifetime.

Stunner said he was having the time of his life in Gokwe.

“I now have a different perspective about Gokwe. You know when people say a lot of things about a place, then you discover that they are all lies. These people rock man and we promise more shows for the town,” he said in an interview on the side-lines of the event.

“The two lived to their billing and I am happy they managed to spend time interacting with our customers who are their fans, they had time for selfies which was the idea,” he said.

Mr Mangisi said the turnout was overwhelming for the second edition of the fun run.

“We were oversubscribed, in fact we expected about 800 people, but we surpassed 1 000. I think people came in their numbers to witness for themselves the artistes live on stage,” he said.

Besides live performances, athletes also took part in a fun walk, a 20 km race, while some competed in pool, five aside soccer, darts, chess, eating and drinking competitions. The Chronicle

Stunner in court for assaulting wife Dyonne Tafirenyika ‘over her phone’