Two men died while another is hospitalised in Bulawayo after they each downed more than one litre of a highly potent cane spirit in an hour during a drinking competition. 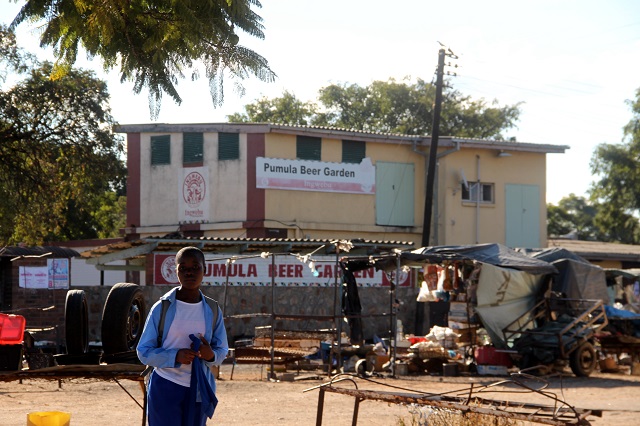 Patrons who were cheering them on as they drank the hot-stuff allegedly fled when the three collapsed at almost the same time on Tuesday around 9PM at Pumula Beer Garden in Old Pumula suburb. Each of the trio drank a 750ml bottle of Explorer Cane Spirit and three by 375ml of the same brew which has an alcohol content of about 40 percent.

“The incident occurred at around 9PM and they were rushed to Mpilo Central Hospital at around 10PM where two of them were certified dead,” said a patron.

Imbibers at the beer garden told The Chronicle that a popular makorokoza, only known as Gweja, sponsored a social event where he lured people into the drinking competition.

“He seemed loaded with money and was even buying beer for people he did not know. The three who went into the competition are known for their drinking prowess in the suburb,” said a patron who requested anonymity.

“One of the people who died is popularly known as Diesel. I don’t know the other. Diesel seemed to exist only for beer. I have never seen any of his relatives.”

Bulawayo Metropolitan Province deputy police spokesperson Assistant Inspector Abednico Ncube yesterday said the official names of the three victims will be released in due course, after their next of kin are informed.

“I can confirm receiving a report on two men who died due to excessive drinking. The trio each drank a 750ml bottle and another three by 375ml of Explorer Cane Spirit per person, in a space of one hour before they all collapsed.

“After they were all unconscious for more than 15 minutes, a bar tender called an ambulance and they were rushed to Mpilo Central Hospital. Two were pronounced dead while the other one gained consciousness and is said to be recovering,” he said.

Asst Insp Ncube urged members of the public to desist from abusing alcohol and drugs as they will be dicing with death.

He said people should not embark on risky activities because the gift of life should be valued.

“Some people are fighting hard to stay alive while others are extremely careless with the gift of life. It’s sad to see adults play around with life like that. The abuse of alcohol and drugs out there is very worrying. Could members of the public desist from abusing these substances,” said Asst Insp Ncube. The Chronicle

Head of Islamic State in Sahara killed by French troops…