Cuthbert Dube not off the hook yet: ZACC 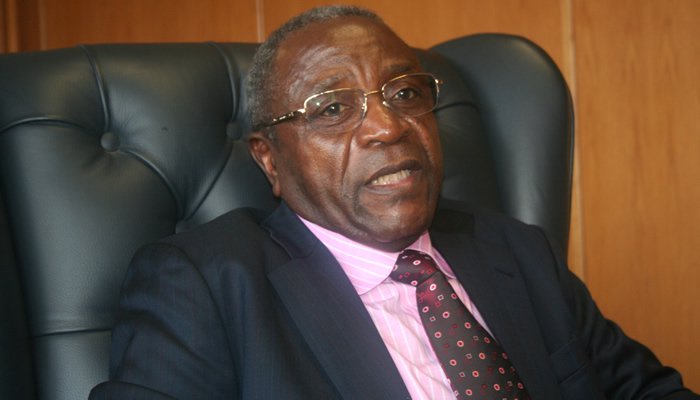 The anti-graft body said the letter written to PSMAS by its acting secretary Senior Assistant Commissioner Silence Pondo previously, which appeared to have exonerated Dr Dube and his board, was prepared at a time when there was insufficient evidence to pin the suspects.

Continuous investigations, ZACC said, had revealed that Dr Dube, who was earning $236 000 monthly, had a case to answer.

“That letter (from ZACC to PSMAS) was saying at that time there was no evidence to present before a court of law and it does not mean that that person is not guilty,” ZACC Commissioner in charge of investigations Mr Goodson Nguni told journalists at ZACC Mt Pleasant offices in Harare yesterday.

“It only says at that particular time the docket was incomplete. If the docket is not complete that does not mean you are innocent. At that time the letter was correct as it was talking about not having sufficient evidence.”

Snr Assist Comm Pondo’s letter exonerated Dr Dube on six counts he was facing and the ZACC findings after investigations were attached to that letter.

“Investigations were carried out by the Zimbabwe Anti-Corruption Commission following a report you made,” Snr Assist Comm Pondo said in a letter to PSMAS board chairperson Mr Jeremiah Bvirindi.

“Please be advised that investigations failed to link the suspects to the commission of the offence.”

Mr Nguni said those who committed offences at PSMAS would be charged soon.

“The letter written was answering specific requirements,” he said.

“ZACC doesn’t have prosecuting powers, whatever evidence we gather is given to the National Prosecuting Authority. In relation to the allegations put into the letter, the response we gave was the one befitting at the particular time. At that particular time it was correct to write like that.

“Investigations are ongoing and new evidence comes up all the time and we are going to charge people at PSMAS soon. Evidence has come to us, keeps coming to us and we will soon be taking action on that matter.”

He added: “There is nothing wrong with The Herald story, we don’t have a problem with that. We are only upset that the letter came out in The Herald but again it is your job to look for stories.”

Another ZACC Commissioner Mrs Farai Mashonganyika-Chinyani said they were convinced that public funds were abused at PSMAS.

“As ZACC, we acknowledge that indeed public funds were abused at PSMAS, thats why investigations are ongoing,” she said.

“(Dr) Dube and his board faced several allegations ranging from abuse of office, abuse of public funds to money laundering and tax evasion. As the media, you like us to discuss any kind of evidence that we have or all the proceedings going on but it’s something we cannot do because it compromises our case. We know the public is concerned about this case because it has affected them.”

She added: “ZACC is going to conduct a systems audit at PSMAS and investigate how it formulates and adopts its policies. ZACC refuses to be used by people with their own agendas.”

Dr Dube had been at the helm of PSMAS since 1992 before he was booted out in January 2014.

In the letter to PSMAS, ZACC’s legal department indicated that the payments to Dr Dube and his board members were made in line with the existing PSMAS policy.

The department said Dr Dube was alleged to have received $376 630 in critical allowances without the approval of the board but investigations showed the board had approved.

He was alleged to have unlawfully transferred a house bought using PSMAS funds in Glen Lorne, Harare, into his name but investigations showed that it was part of his employment contract.

“It has been found that there are documents showing that his contract of employment entitled him to access personal loans twelve times his monthly salary. His salary was $236 000 per month and he could access a loan 12 times that figure,” ZACC said.

On the $285 000 Dr Dube allegedly claimed as travel and subsistence allowances while on Zifa business, ZACC said there was a policy document which allowed payment of such allowances.

ZACC also said when Dr Dube was removed from office, there was no proper hand-over, take-over and documents needed to support cases against him could not be found. The Chronicle