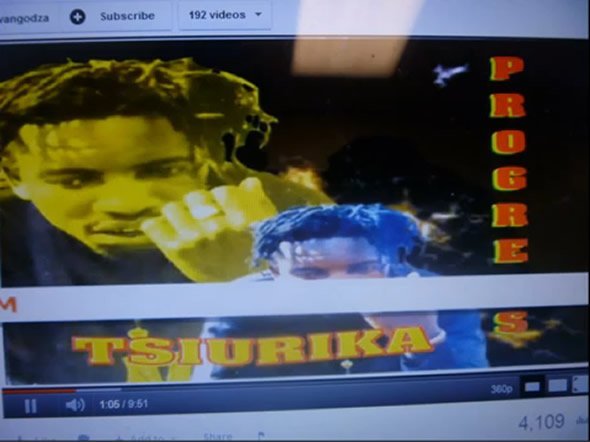 Harare’s rumour mill always goes into overdrive when someone falls ill and worse still when that individual has been hospitalised. Talented guitarist Progress Chipfumo became the latest victim of the capital’s rumour mill after it was reported that the musician had died.

We can confirm that the musician is not only alive, but well and on the road to recovery and yesterday was actually rehearsing for some weekend shows. His wife, Cindy Khumalo, known in the entertainment circles as Mai Marlon, confirmed that the musician was alive and well.

“I have been getting a lot of phone calls from promoters, fans, journalists and relatives who wanted to know the circumstances surrounding his (Progress ) his ‘death’. He is alive and has fully recovered and we even have a number of shows lined up that we have been preparing for this whole week.

‘It’s hard being a Kwekwe artiste’

“As we speak, he is rehearsing with his band,” said Cindy. She added that Progress and his band – the Sounds of Motherland – were Friday evening expected to hold a gig at Checheche in Chipinge before travelling to Chiredzi the following day for yet another show.

On Sunday the group will be in Jerera before returning to Harare on Monday. Progress was diagnosed with tuberculosis a few months ago, but his condition has steadily improved. He remains one of the most talented guitarist of his time, and boasts a wide discography, which has an array of themes ranging from love to societal ills.

Progress, who cut his musical teeth with the now defunct Hohodza Band, has steadily risen to become a force to reckon with in the music industry. Over the years, he has not only built but also sustained his own band, that he nurtured and developed after Hohodza, which was fronted by Portia Gwanzura, disbanded.

He is also one of the few artistes with a committed youthful group, which if well looked after, is poised to reach the highest echelons of success in the arts industry.

Born on December 9, 1977 in Chiredzi and raised in Highfield in Harare, Progress is a social commentator of repute, who highlights societal ills, and the trials and tribulations that people go through on a daily basis.

Songs like “Nhaka”, “Wakanganwa” and “Chakafukidza”‘ which are almost tangible in their portrayal of personal experiences that have played a part in Chipfumo’s music.

Although it has taken him longer than expected to make it onto the list of the country’s big stars, one cannot doubt his level of ingenuity, and his prowess on the guitar, making his live performances a must for many music lovers.

While he has had his fair share of controversy, his music is mature, full or meaningful lyrics and is well arranged.

‘It’s hard being a Kwekwe artiste’