A young Zimbabwean thrust into anti-government activism while searching for his missing journalist brother has died of colon cancer, just as well-wishers had raised money to get him into surgery.

Patson Dzamara, 34, died Wednesday, according to Nelson Chamisa, leader of the MDC Alliance opposition party leader. Chamisa said he is “devastated” by the death of Dzamara, who was a member of the party’s executive.

Dzamara came into the public spotlight when he became the leading voice in the search for his brother, Itai, a journalist and activist who relentlessly challenged former president Robert Mugabe at a time when many Zimbabweans were afraid of confronting the ruler, who was toppled from power in 2017 and later died. The journalist, who was abducted from a barbershop in 2015, is still missing.

Dzamara famously walked up to Mugabe at an Independence Day event in 2016 holding a placard that said “Independent but not free. Where is my brother Itai?” Dzamara was whisked away by Mugabe’s security guards, who allegedly assaulted him.

Dzamara embarked on street protests and broadened his activism to include demands for democratic reforms and improved public health care. He was arrested and detained for his protests, which continued into President Emmerson Mnangagwa’s rule. 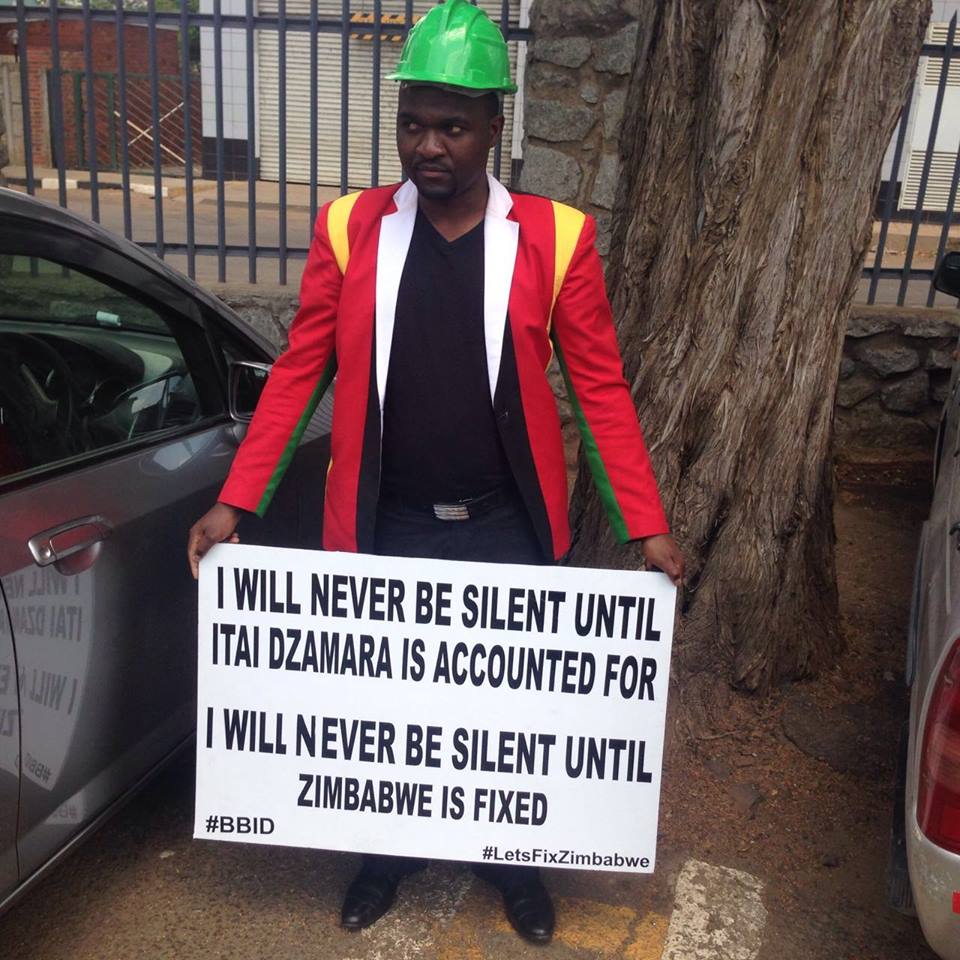 Mnangagwa succeeded Mugabe in 2019 and his rule has been marked by accusations of human rights abuses similar to those alleged during Mugabe’s tenure.

Dzamara’s death highlighted the challenges facing Zimbabwe’s health care system. Dzamara did not have enough money to pay for urgently needed surgery at a private facility when he was diagnosed with cancer of the colon. Such surgery was not possible in Zimbabwe’s public health system which is plagued by widespread shortages and frequent strikes by doctors and nurses.

More than $14,000 had been raised for Dzamara and he was due for surgery when he died, said Nigel Chanakira, a local businessman who was part of the fundraising effort.

With Chin’ono in prison and Dzamara gone, I am tired of hearing ‘Zimbabweans are strong people’

Patson Dzamara diagnosed with colon cancer… needs US$28,000 for treatment