Cross border transporters plying the Zimbabwe-South Africa route have suspended services as SA is now under lock-down with effect from today.

The Zimbabwean Government closed borders to human traffic except returning residents after the country reported its first death from Covid-19 on Monday.

Business Chronicle conducted a mini-survey of the bus operators and Omalayitsha who indicated that business was already low as they were having limited numbers of travellers booking or boarding.

Some of the cross-border transport operators that service the Bulawayo-South Africa route include Bravo, Brooklyn, Revival Motors, Mzansi and Madlala Tours among others.

“Our bookings end today, we are no longer accepting bookings until further notice because of the pronouncements that have been made by Zimbabwe and South Africa regarding the precautionary measures to curb the spread of the virus,” said a Brooklyn official. 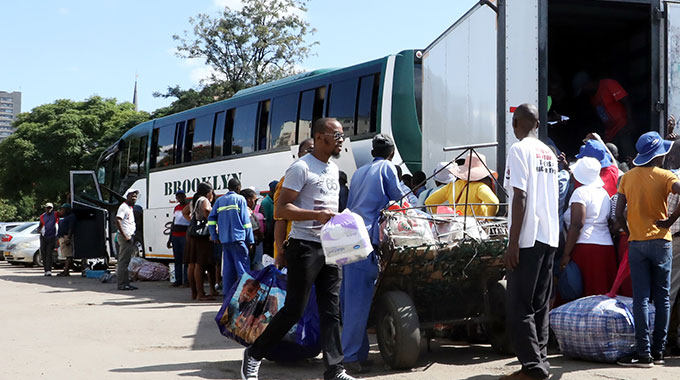 Kombi and private operators who also ply the Bulawayo-Johannesburg route said they were also grounded because of the imminent lockdown in South Africa as well as the closure of borders to human traffic by the Government.

Covid-19 was first detected in China in December last year and the disease has spread across the globe killing thousands of people. In Sub-Saharan Africa, South Africa has more than 400 confirmed cases, the highest so far.

South African Airways announced the suspension of all international and regional flights until June while Africa’s largest carrier, Ethiopian Airlines has cancelled flights to 30 countries around the world. The Chronicle

Covid in Kenya: Government gives 20 million a month to get vaccinated