Parents caught looking for Form One places at various schools yesterday blamed middle persons who were promising them vacancies claiming that they were connected to school heads. 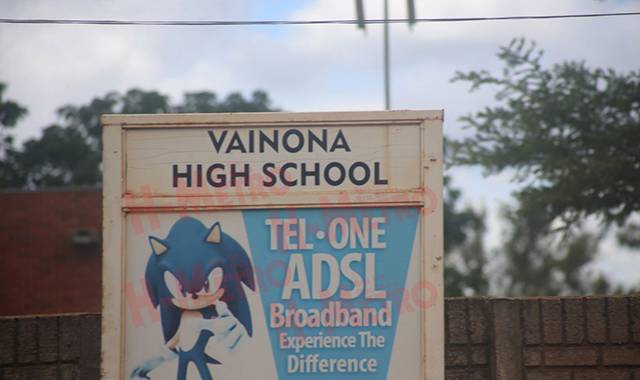 Most of the parents at the schools visited by H-Metro expressed displeasure over people and other school staff demanding money from them.

One of the parents who got a place at Vainona High School at the last hour said she was asked to pay US$40 by one of the staff members at one of the boarding schools.

“I was promised a Form One vacancy at Howard Mission and I paid the middle person some United States dollars only to block my contact on the last minute,” said the parent.

“I was forced to look for alternative place after the person who pocketed my money failed me.

“Most of the boarding schools we were told to return next term when they expect some to have transferred their children to other schools due to exorbitant fees.

“Among the middle persons are teachers and bursars who gave us fake promises and we had to give them something in vain.

“I approached Chisipiti Senior School today (yesterday) and I was told that places for 2021 Form One classes were fully booked and I was impressed by teachers who were busy teaching on the first day comparing to other schools,” said the parent.

Schools at high density suburbs were still accepting parents’ pleas despite notices at the reception and gates that classes were full.

Some schools were forced to enroll more than they can accommodate to create two or three more classes.

One of the parents called H-Metro complaining about how her child was treated when they travelled to a boarding school on Monday.

“My child was forced to sit on other kids’ laps as teachers who were in control of the hired buses wanted to make more money from transport costs,” she said. H-Metro

Back to school chaos escalates

Zifa boss set to appear in court on bribery charge