A man from Bulawayo’s high density suburb of Entumbane tried to dodge the long arm of the law as he swallowed dagga when he realised that police officers were on to him. 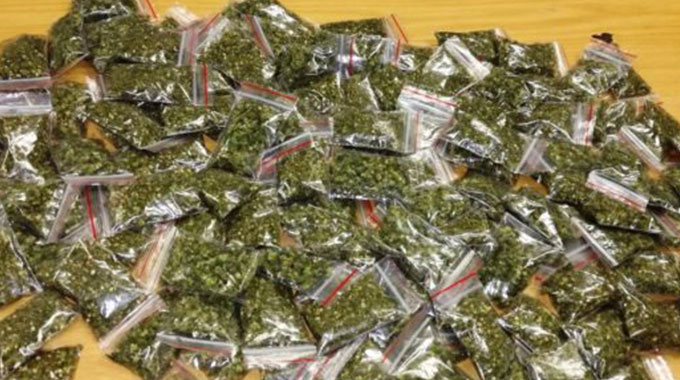 However, the marijuana in two twists of paper made him choke and cough uncontrollably.

Had he managed to swallow the weed, Gift Moyo’s attempt to avoid arrest was not going to work as three detectives, who had raided his house after a tip off, found mbanje weighing 1,423kgs under a mattress.

“They found him selling it to a client, upon seeing them he (Moyo) swallowed two twists, but unfortunately he got chocked. He fell down and coughed uncontrollably,” said a source.

The detectives searched his house after administering first aid to the 39-year-old Moyo.

“They searched thoroughly in his house and found a wrapped plastic bag which contained dagga which was hidden under a mattress,” said the source.

The source went on to say the trio took the accused to the Main Post Office where they weighed the dagga.

“I can confirm that we arrested a man from Entumbane suburb who was found with dagga weighing 1,423 kgs, ”she said. B-Metro

Robbers hit Chinese national, get away with US$9 000