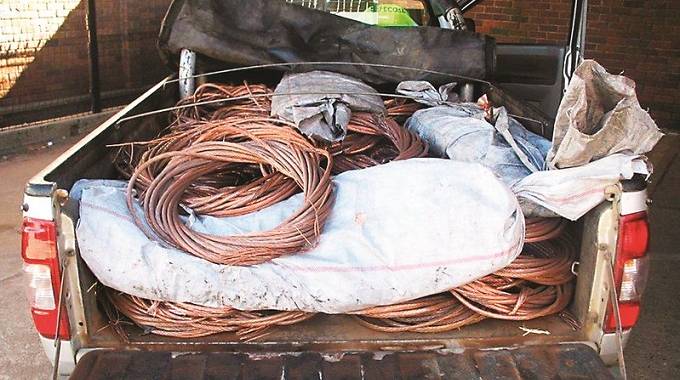 A Harare man will spend 10 years behind bars after being convicted on his own plea of guilty of stealing 2kgs of copper cables valued at $20.

In sending Mhuriro to prison for the next decade, magistrate Mr Mapfumo said such cases were on the increase, despite several campaigns against them.

The State represented by Mr Peter Kachirika, proved that on 29 April this year, at around 3am, Mhuriro hatched a plan to cut Telone drop wires along Ferndale road in Waterfalls.

“He cut the cables using a silver scissors and rolled them into two bundles,” Mr Kachirika said.

“Whilst cutting the cables, Mhuriro was seen by Rashid Mupfigo and Jacob Mhepo who were patrolling the area and they approached and apprehended him.”

According to state papers, Mhuriro was then arrested and two bundles of Telone drop copper wire were recovered from him.

“The Telone copper cables weighed two kilograms and were worth $20,” Mr Kachirika further told the court.

Rashid Mapfigo, who was representing Telone, was called to court and managed to prove that the cables were for telecommunications.

Last year, TelOne lost over $100 000 worth of telecommunications equipment, mainly copper cables to theft and vandalism. The Sunday Mail