Following the Warriors qualification for this year’s African Cup of Nations yesterday, focus now shifts to the Young Warriors who are bracing for the second leg of their Under-23 Nations Cup second round qualifier against Mozambique at the National Sports Stadium tomorrow. 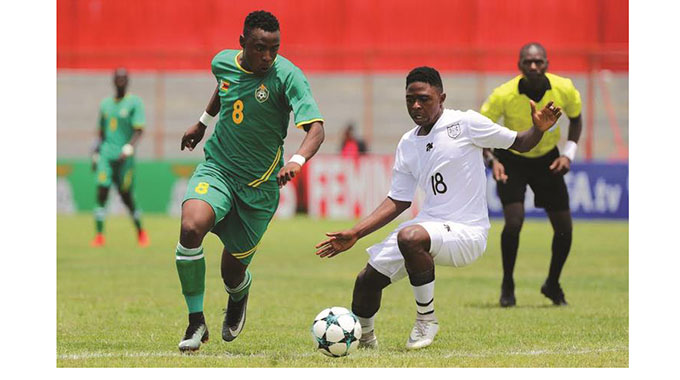 The Young Warriors managed a goalless draw in the first leg in Maputo last Friday but now need a victory of any margin in order to advance.

A scoring draw will see Mozambique progressing to the second and final qualifying round.

But with the Warriors turning on the style on Congo at the same venue yesterday, Tonderai Ndiraya’s Young Warriors could draw a lot of inspiration from their senior side and progress to the penultimate round of the qualifying campaign.

Ndiraya left Maputo a confident man that his charges will do the job at home tomorrow.

The winner between Zimbabwe and Mozambique in tomorrow’s match is highly likely to face South Africa, who took a comfortable away win as they beat Angola 3-1 last Friday.

Angola now face an uphill task to try and overturn that deficit, as they will need at least three goals when they take on South Africa in the second leg in Johannesburg tomorrow.

Zimbabwe received a bye in the first round and Friday’s stalemate kept their hopes alive of proceeding to the next round.

The final tournament is scheduled for Egypt in November with eight teams taking part including the hosts.

Zimbabwe will be hoping to make the final tournament, which is also serving as the 2020 Olympic Games qualifiers.

The top three from the Africa Cup of Nations will represent the continent at the Olympics. The Herald

Natpharm given 48hrs to procure supplies