While foreign universities are portrayed as havens of quality education  compared to those in the country, Zimbabwean students in Northern Cyprus are going through hell. 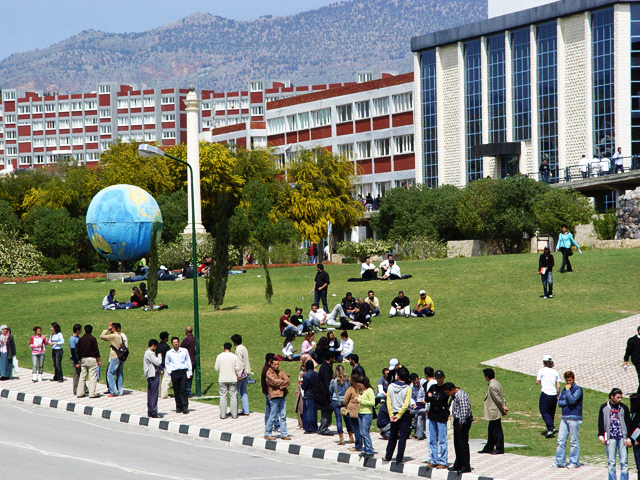 Instead of the island being a paradise it has turned otherwise with parents complaining that their children are suffering attacks and abuse from the Turks, language barrier in lectures, and high expenses making their stay horrible.

There are about 4 800 Zimbabwean students who are in Cyprus — which is under Turkey — with reports that some went through agencies that promised non-existent scholarships.

This also comes as the Zimbabwean parliament has reported that Zimbabwean students there are turning to crime as they try to eke out a living.

In an incident that showed the extent of the troubles these students are facing, Macmillan Nyamukondiwa is battling blindness following racially aggravated assault.

Friends and family of the 27-year-old had to open a GoFundme page to help raise  £10 500  for an operation to restore his sight.

Nyamukodiwa left Zimbabwe for Cyprus in 2016 where he was currently studying towards an M.Sc. in Information Systems at Near East University in Northern Cyprus.

In June this year, Nyaukondiwa was attacked by Turkish assailants but his friends of Turkish origin were left unharmed.

He was unlucky because stitches from previous corneal transplant came off and this threatened vision in his right eye.

“Doctors in Cyprus stitched up his eye in a medical surgery and put him on antibiotics but unfortunately this was in vain.

“The diagnosing doctors have recommended a corneal transplant in a highly-specialised eye centre as it is not a straightforward case. At present, Macmillan only has five percent of his vision. As a family we are in the deepest of despair following these events,” the GoFundme page which has also met half of the required amount read.

Nyamukondiwa is not the only student who has appealed for crowd funding, several other students are also turning to the page to help them finish their studies on the island as their parents in Zimbabwe can no longer afford.

One parent of the students studying at Cyprus International University told the Daily News on Sunday that if she had a choice she would withdraw her son from the university.

“It’s now late because a year has already gone by, but I am not even settled. I am always forking out money, to make  sure my son lives comfortably because the landlords are rough and they are always getting them harassed by the Turkish police,” the parent who, however, could not say her name to protect her son’s  identity said.

“You know agents here paint Cyprus as this paradise but it’s not, our children are suffering on that island.  And they say lectures are in English but not all of them are, it’s a few lecturers that can speak English. They also say that you can use United States dollars but that’s not the case, they use euros so everything becomes expensive.”

Another Zimbabwean who had gone to study in Cyprus will spend the next seven years in prison after being convicted of drug dealing in the country as he sought to earn a living illegally.

This also comes as officials in Cyprus are seemingly facing a torrid time with Zimbabwean students studying in the island country that have turned to prostitution and trafficking of drugs in a desperate bid to survive as they are living on the fringes of poverty.

Parliamentary portfolio committee chairperson on Foreign Affairs Kindness Paradza has since approached the ministry of Foreign Affairs with the view of sending a delegation to investigate the full extent of the crimes being perpetrated by Zimbabweans.

“Three Zimbabwean students were recently arrested, one has been given seven years’ imprisonment over drug trafficking,” Paradza told the Daily News on Sunday earlier.

“Some went there with false information and because of that they started involving themselves with drugs, in prostitution, others are marrying other nationalities for convenience. Some have been arrested for drug trafficking.

“So we have approached the ministry to send an official delegation there through Turkey because Cyprus is under Turkey.” Daily News

Zim to engage SA on ill-treatment of locals