In yet another dose of bad news for long-suffering Zimbabweans, a local firm has warned that the country’s inflation will continue to rise, resulting in rising food prices as manufacturing companies turn to the thriving black market for their foreign exchange needs to import raw materials. 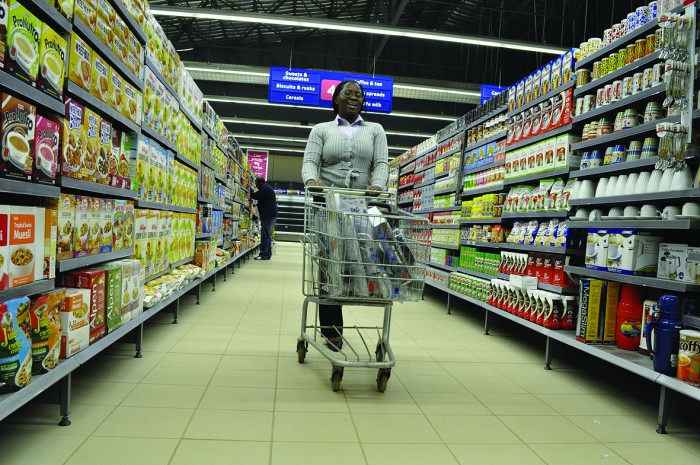 This comes as Zimbabwe is grappling with an acute shortage of cash, which has seen overburdened banks giving bagfuls of coins to desperate customers seeking to withdraw their money.

At the same time, the International Monetary Fund (IMF) has also warned that the country’s annual inflation could hit a dollar-era record high of 6,6 percent next year, due to rising food prices and election expenditure.

Equities firm, IH Securities (IH), said in a recent report that local manufacturers had been forced to pass on their rising production costs to consumers, as they were sourcing the elusive greenbacks from the parallel market at a premium.

US reinstates Sudan’s sovereign immunity over past…

As a result, black market premium cash rates were now affecting food prices, as manufacturers were passing their costs on to consumers.

“Inflation continues to gather momentum, with the March CPI (consumer price inflation) gaining 0,15 percentage points on the February figure of 0,06 percent to 0,21 percent, possibly due to the premiums paid by manufacturers for accessing forex being passed on to the final consumer,” IH said in its report.

The country’s annual inflation rate broke into positive territory for the first time in over two years in February this year, gaining 0,71 percentage points on the January 2017 rate of minus 0,7 percent to 0,6 percent.

Until then, the country was in deflation (a period of effective negative growth) since October 2014.

Despite the introduction of bond notes last year, President Robert Mugabe’s government has failed to ease the country’s cash shortages, which have seen banks struggling to beat snaking queues that have lengthened in recent weeks.

Zimbabwe is deep in the throes of a debilitating economic crisis which has led to horrendous company closures and the consequent loss of hundreds of thousands of jobs.

At the same time, economists have said that poverty levels in the country are skyrocketing, with average incomes now at their lowest levels in more than 60 years — with more than 76 percent of the country’s families now having to make do with pitiful incomes that are well below the poverty datum line.

Economist Godfrey Kanyenze also told the Daily News yesterday that the demand for cash on the parallel market was fuelling inflation.

“There is demand for cash on the black market so people are heading to this market. It is not just the US dollars mind you. There is also demand for the bond notes on the parallel market, and that is why once people withdraw them they are vanishing.

“You will notice that people are withdrawing bond notes then trading them on the parallel market to acquire what they view as stronger currencies for a store of value.

“This in turn, is affecting the price of cash. So, when manufacturers go to the market for US dollars, they are priced higher due to this demand,” Kanyenze said.

On his part, economist Prosper Chitambara warned that the local inflation would shoot up if more bond notes were introduced into the market.

‘This is not what we all fought for’

US reinstates Sudan’s sovereign immunity over past terror attacks