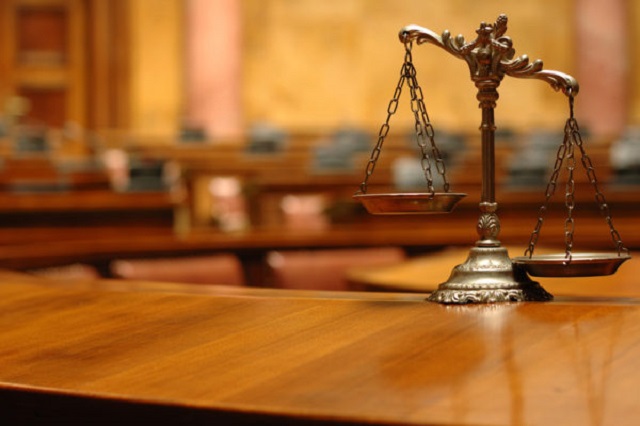 The increased move for the punishment of atrocities that the establishment represents is acknowledged as a monumental significance for human rights and domestic criminal law.

The latest court cases consolidate a determination to end the culture of impunity that has prevailed in domestic trials of the perpetrators of crimes against humanity.

This comes after she ruled that officials can be sued in their personal capacities, especially if they acted unlawfully— just like they did in the case she was handling where Mukoko is seeking $220 000 compensation after she was abducted and tortured by security agents in 2008.

The ruling comes after a series of other court cases in which government officials have been ordered to personally pay damages to their victims, despite pleading that they acted during the course of their duties.

In the Mukoko case, former State Security minister Didymus Mutasa, chief superintendent Peter Magwenzi and brigadier Asher Walter Tapfumaneyi, through Ephraim Mukucha from the Attorney General’s office had approached the court seeking to be cited in their official capacities instead of being sued personally.

However, the court dismissed the application, throwing the officials under the bus saying they must personally foot the damages if the court rules in Mukoko’s favour in the main application in which the torture survivor is seeking justice and reparation.

Arguing in the matter, Mukoko said that her case was peculiar in that it involved senior officials that acted in common purpose in violation of the law and that they should each bear their personal responsibilities.

She further said by citing them in their personal capacities, it would allow each one of them to file personal affidavits, which would give her an opportunity to demand that they produce their employment contracts authorising them to commit acts of torture and other illegal activities.

The human rights activist filed for damages after the Supreme Court in September 2009 granted a stay of prosecution on charges of banditry and terrorism which the former broadcaster faced after ruling that several of her fundamental rights were violated when she was abducted, tortured and held incommunicado.

Mukoko was seized at gunpoint in a dawn raid at her Norton home on December 3, 2008 by a group of plain-clothed men who identified themselves as policemen.

Her fate was not known until she appeared in court three weeks later.

However, as it is becoming clearer that it is illegal for these security officers to brutalise citizens under the guise of acting in the line of duty, courts too have been stamping their authority and setting the record straight.

In early March this year, a Manicaland-based police officer lost a substantial amount of his salary after it was garnished by the court to pay a victim that he brutally tortured over two years ago.

Through his lawyers from the Zimbabwe Lawyers for Human Rights (ZLHR), the victim Brighton Sanyanga – then a 19-year-old pupil at Pafiwa High School in Mutasa District in Manicaland province – sued Crispen Chikazhe for $570 damages after the torture.

The court ordered the Salary Services Bureau to deduct $100 every month from Chikazhe’s salary until he manages to pay the full damages.

Sanyanga, who was an ‘‘A’’ Level student at Pafiwa High School was tortured by Chikazhe who had invited him to Nyanga Police Station to answer allegations of malicious damage to property which had happened at the school after a demonstration allegedly staged by students.

Chikazhe, in an effort to extract information from Sanyanga, tortured the student physically by exposing him to electrical shock and psychologically by threatening to kill him, according to ZLHR.

The rights lawyers have also in the past assisted villagers from the same community tortured by the police at Nyanga Police Station.

In one of the cases, ZLHR said two Nyanga Police Station-based officers only identified as Kapfunde and Kambanje were ordered to pay $3 000 in damages for torturing hotel security guard Tsitsi Chimhutu when they were investigating a break-in at Montclair Hotel last year.

The organisation said that Chimhutu was tortured by the police officers, who were trying to extract a confession in a case where $2 500 had gone missing.

In January this year, a traffic police officer and his superiors were ordered to pay compensation after wrecking a motorist’s car.

Titus Matava, who is based at Rusape Police Station, damaged Simba Chikaka’s car after impounding it at a roadblock.

Matava started using Chikaka’s motor vehicle to chase after other motorists, before he veered off the road and rammed into a tree, extensively damaging the car in the process.