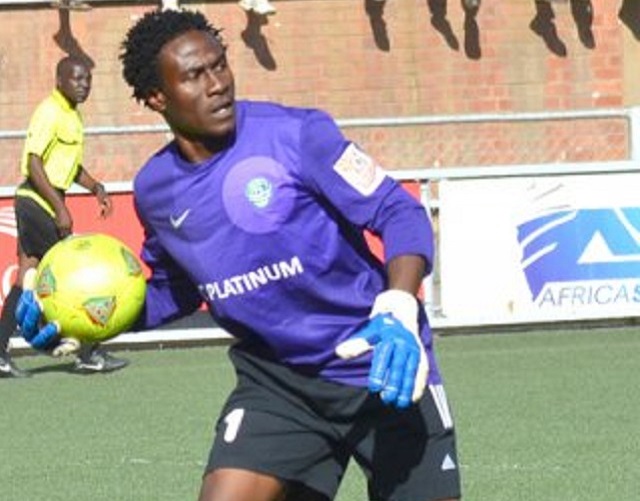 Castle Lager Premier Soccer League Goalkeeper of the Year Petros Mhari says he has no hard feelings over his exclusion from the provisional African Cup of Nations squad announced by coach Callisto Pasuwa.

Despite the glove man charming the 52 selectors, including 14 PSL coaches and 15 captains during the stars’ selection process last month, the FC Platinum shot stopper, who kept an incredible 18 clean sheets in the just ended season, was not good enough for Pasuwa.

“I have no hard feelings but instead I support the guys that have been selected, I am happy for them,” said Mhari.

He said he had no personal differences with Pasuwa or any member of the Warriors’ technical bench and believes his time will come.

“We can’t all be in the squad, my time will come. I have no problem with the coach nor any member of his technical team,” said Mhari.

Pasuwa stuck to his trusted lieutenants of Tatenda Mukuruva of Dynamos, How Mine’s Donovan Bernard, Nelson Chadya of Ngezi Platinum Stars and gave a surprise call up to Takabva Mawaya of ZPC Kariba.

Pasuwa virtually retained the squad that enjoyed an impressive run in the qualifying stages.

Khama Billiat, Knowledge Musona, Mukuruva, Willard Katsande and Costa Nhamoinesu are among the Warriors, who starred in the qualifiers and are going to compete for a place in the final 23 for the Gabon sojourn.

Among the fairly new faces are Tinotenda Kadewere, Oscar Machapa and Bruce Kangwa, who were all introduced as second half substitutes when Zimbabwe thrashed Tanzania 3-0 in a preparatory match played at the National Sports Stadium.

Nyasha Mushekwi and Mathew Rusike are part of a strikers’ list which also has the Absa Premiership’s leading goal scorer Tendai Ndoro and Evans Rusike.

Two of this year’s Soccer Stars Hardlife Zvirekwi and Liberty Chakoroma are among the local crop angling for a place in the Afcon squad together with Lawrence Mhlanga, Raphael Kutinyu, Ronald Chitiyo and Highlanders’ Tendai Ndlovu.

The squad goes into camp tomorrow ahead of a friendly against Cote d’Ivoire on Boxing Day.

Pasuwa’s men are set to play another friendly game against Cameroon on January 10 before the tournament proper begins on January 14.

Zimbabwe’s two previous attempts at the continental finals have ended in the group stages.