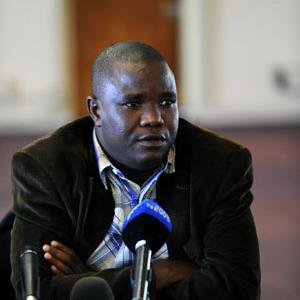 The recent crackdown on civil society organisations, human rights defenders and the apparent political victimisation of Justice Charles Hungwe has re-ignited debate on the need to reform Zimbabwe’s justice delivery system and the significance of the rule of law in a constitutional democracy.

Zimbabwe requires transitional justice in order to address the rot in the justice system. The Justice Hungwe matter and all cases of official impunity highlight the need to overhaul the established judicial order.

ED ally apologises for Malunga farm grab, after being taken…

MDC Alliance is “indecisive on major issues in…

The main justification for such trials is that punishment is necessary to deter human rights violations as the country grapples with a violent past and the urgent need to change to a democratic society.

Given successful human rights trials violation in post-war Germany and Europe in general, Yugoslavia, Rwanda and South Africa, it is posited that such processes during and after the transition may lead to improvements in human rights protection .

The justification for human rights violation trials is rarely merely retributive as argued by some. The purpose is not only to punish perpetrators, but to use this punishment to deter future violations. The deterrence hypothesis states that increases in the probability or likelihood of punishment should diminish repression if there are trials against human rights violators.

However, some scholars say human rights violation trials will not deter future abuses and that in some circumstances they will actually lead to an increase in repression. It is argued the threat of prosecution could cause powerful dictators or insurgents to entrench themselves in power rather than negotiate a transition from authoritarianism.

But human rights abuse trials are required in Zimbabwe because of impunity — certain sections of society are encouraged to believe they are immune from legal responsibility for their actions.

The MDC-T’s justice and legal affairs policy needs to be critically evaluated. The party says it is committed to building a society that values justice, fairness, openness, tolerance, equality, non-discrimination and respect for all people without regard to race, class, gender, ethnicity, language, and religion, and political opinion, place of origin or birth.

These values are the bedrock of the party’s justice and legal system which are the foundations of democracy and good governance.

Legal and social justice, coupled with sound administration, creates the safe environment that allows citizens to pursue their common good in a free and secure environment where there is respect for life, freedom of movement and freedom to elect leaders of their choice with no fear or intimidation.

The policy says Zimbabwe can only prosper economically in a context of political stability, and this can be achieved through democracy and respect for the law.

It also says the main problem regarding justice and the law in Zimbabwe revolves around low levels of human security and partisan administration of justice and selective interpretation and application of the law. There is low personal security among citizens due to the arbitrary arrests and intimidation.

This state of affairs has made predictability of outcomes functional only in so far as the law serves members of Zanu PF while being used as a tool for persecuting opposition members.

The justice infrastructure is in need of a complete overhaul as judicial processes are expensive and unnecessarily drawn out. Women are more vulnerable with respect to recognition, respect and protection of their rights.

It seeks to restore the supremacy of the rule of law and de-politicise the justice delivery system on the path to professionalisation and democratisation of the sector, strengthening the administration of institutions of justice (from arrest, trial, conviction and sentencing), and restore administrative independence.

This will be done to upgrade the justice delivery infrastructure, modernise court equipment, computerise record keeping, ensure separation of powers, roles and functions between the judiciary, executive, legislature, while building legal and civic literacy as well as promoting a culture of human rights, non-violence and the law among the general populace to restore confidence in the system.

The current justice system is littered with repressive laws that mirror the Rhodesian colonial state.

To its credit the MDC-T says it seeks to overhaul unjust laws as such as Posa, Aippa, Indigenisation Act, Guardianship of Minors Act, the Broadcasting Act and the Electoral Act as well as patriarchal values in the interpretation of the law and women’s rights.

Practical constraints and challenges in the application and administration of the law such as politicisation of the justice delivery system with regards to law enforcement will have to be reformed. This includes the selective application of the law and non-prosecution of certain offenders based on political affiliation and arbitrary arrests and detentions.

Disrespect for the fundamental human rights values as evidenced by the reluctance to ratify international conventions and treaties, domestication of the same and disregard of due process, trivialisation of women’s rights as evidenced by their humiliation during arrests and prosecution, as well as lenient sentencing of violators, politicisation of presidential appointments to the judiciary, which have largely compromised the independence and objectivity of the judiciary, will also have to be done away with.

As is the view of many law-abiding citizens, the party says politicisation of the office of the Attorney-General by virtue of political appointments and operations of the office, under-resourced prisons with sub-human living conditions for inmates where structures have been declared unfit for human habitation, would need to be reformed as well.

This is what needs to be done to revamp the Zimbabwean justice delivery system, restore the rule of law and build a progressive democratic society. However, there is a huge gap between what ought to be and what is. The practical aspect of policy pronouncements and implementation are different, but the overall, the country’s justice system needs an overhaul.

Pedzisai Ruhanya is the director of the Zimbabwe Democracy Institute.

ED ally apologises for Malunga farm grab, after being taken to task by Ruhanya

MDC Alliance is “indecisive on major issues in Zimbabwe” – Ruhanya