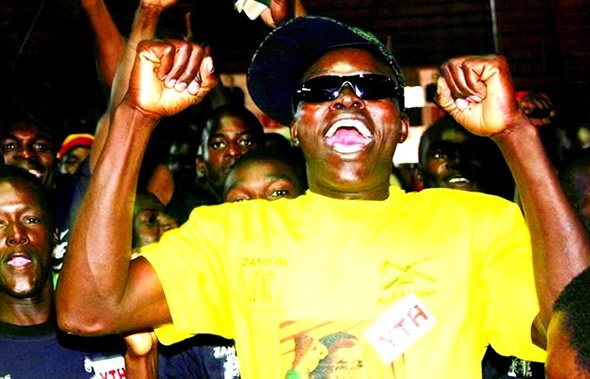 In an action that points to a Zanu PF election strategy, the Zimbabwe National Youth Service Graduates Association has lodged an application in the High Court demanding that Mugabe and the Zimbabwe Electoral Commission (Zec) hold elections in close to 200 vacant parliamentary and municipal seats.

Mugabe has been demanding an election under the current constitution but his coalition partners have resisted the move.

‘Even if Mnangagwa becomes ZEC chairman, I will beat…

The by-elections could work in the 88-year-old’s favour if he can show a sceptical international community that he can hold credible polls without necessarily adopting a new constitution as demanded by coalition partners.

Abson Madusise, who claims to be the secretary-general of youth service graduates, says in the court application that his organisation has a nationwide membership prejudiced by the failure to hold elections.

Mugabe is cited as the first respondent while Zec and its chairperson Simpson Mtambanengwe are second and third respondents respectively.

“This is an application for an order directing the respondents to comply with provisions of the Electoral Act in ensuring that full representative democracy exists in the country within the legislature, in particular that by-elections be held in all constituencies which are currently vacant,” reads part of the application.

Section 39 of the Electoral Act says the President should call for elections within 14 days after being informed by the Speaker of Parliament of a vacant post. The application lists parliamentary and council seats which are vacant in virtually all parts of the country.

“From as back as August 2008 there are parliamentary seats that fell vacant and no replacements were elected to fill in such vacancies within the time stipulated by the Electoral Act…Applicant’s members who reside in the affected constituencies continue to be prejudiced by non-representation.”

“Laws and regulations have been made and continue to be passed without any input from their elected representatives thereby depriving them of their right to participate in the legislative arm of the state,” reads the application. Madusise does not state in court papers the association’s membership figures.

But thousands of young men and women were trained under the national youth service project which was overseen by the Youth ministry since 2002.

A damning 2007 parliamentary report and protests by coalition government partners led to the closure of the training centres, although Zanu PF is pushing for their revival ahead of a watershed election. Many of the graduates are now employed in Saviour Kasukuwere’s Youth ministry as ward youth officers.

They are planted in communities countrywide and earn a government salary campaigning for Zanu PF. Churches, civil society and MPs allege that the programme produced hordes of violent youths fiercely loyal to Mugabe and Zanu PF.

They say graduates of the youth training programme, known as Green Bombers because of their distinctive olive green uniforms, have been used as Zanu PF’s shock-troopers. The youths are not the first to take Mugabe to court over the vacant seats though.

Last month, Mugabe had to approach the High Court seeking an extension of a deadline set by the Supreme Court for him to fix a date for the by-elections. He now has up to October 1 to gazette the election dates.

This followed a court application by three former MDC MPs Abednico Bhebhe, Njabuliso Mguni and Norman Mpofu. Mugabe disclosed that he would not be able to comply with the Supreme Court’s order compelling him to gazette dates for by-elections and would need a month’s extension to mobilise funds.

Finance minister, Tendai Biti, has already ruled out a mini-general election this year, saying the government could only comply with the court ruling in respect to Bhebhe, Mguni and Mpofu’s former constituencies. Daily News

‘Even if Mnangagwa becomes ZEC chairman, I will beat him’- Chamisa