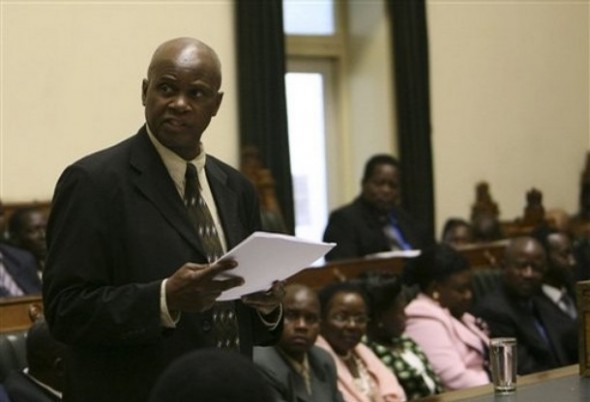 Justice Minister Patrick Chinamasa on Tuesday told journalists that he had filed an urgent High Court application on behalf of President Robert Mugabe seeking an extension to the deadline set by the Supreme Court for him to call for by-elections.

Three MPs expelled in 2009 from the smaller MDC formation led by Welshman Ncube took their case to court, arguing they should be allowed to stand as independent candidates. This was because all three major parties in the coalition government had agreed not to contest each other in the event of vacancies arising.

The MP’s; Abednico Bhebhe (Nkayi South), Njabulo Mguni (Bulilima East) and Norman Mpofu (Lupane East) won their case in October last year when Justice Nicholas Ndou directed Mugabe to ensure by-elections for the three constituencies were held. Mugabe was given a 30th August deadline to publish a notice for this.

Despite an appeal the Supreme Court upheld the judgment in July this year. In addition to the three vacant seats there are (according to Chinamasa), a total of 28 parliamentary seats and 164 local authority seats which are vacant.

Although there are a reported 38 vacancies, not all require by-elections as Mugabe appoints some of them, like chiefs and senators.

Finance Minister Tendai Biti has already said the coalition government has no money to fund what would amount to a mini-general election. On Tuesday Chinamasa was saying they had applied for an extension of one month to give them time to “mobilise more financial resources” to comply with the order.

Commentators however say underneath the legal maze ZANU PF is toying with the idea of forcing a full harmonized parliamentary and presidential election under the old constitution. A ZANU PF U-turn on the draft constitution agreed to by all three parties in the coalition, has given momentum to this theory. SW Radio Africa