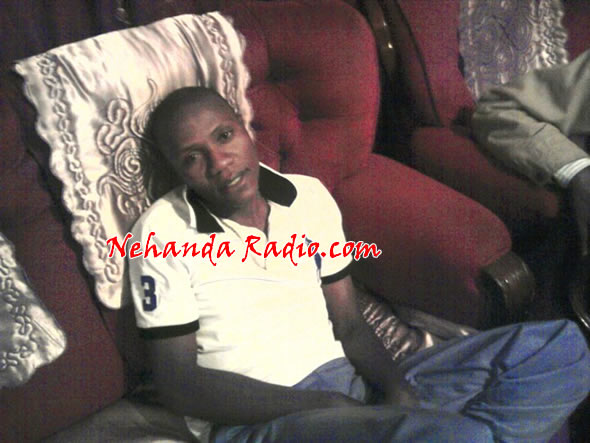 The Greater Harare Commuter Omnibus Operators Association are convening a meeting at 4th Street terminus today to find ways of forcing authorities to order a crackdown on members of the deadly Chipangano militia.

There are suggestions to withdraw their vehicles to protest an escalation of extortion activities by the outlawed Chipangano sect members using ruthless means. Every minibus departing a terminus under Chipangano is required to pay $2 to the mafia-like gang while those going to far-flung places such as Ruwa are required to fork out $3.

In a day, the militia is said to be raking over $30 000. The multi-million dollar minibus taxi industry carries over 60 percent of Zimbabwe’s commuters and the industry is almost entirely made up of 16-seater buses called “kombi” which are sometimes unsafe or not roadworthy.

The minibus operators approached Zanu PF secretary for administration Didymus Mutasa two weeks ago who reportedly told them that the former ruling party was not running the extortion ring, and told them the party made its money from selling membership cards not from bus termini.

Mutasa reportedly disowned Chipangano. That is when the operators decided to approach the police. Brian Zindere, vice chairperson of the operators’ association, confirmed to the Daily News that they lodged a police report at the Harare Central Police Station on Tuesday, under reference number RRB 151.

Zindere said they wanted police to help them stop Chipangano from extorting money from kombi drivers. The Chipangano militia has been blamed for macabre beatings and extortion and also controls all minibus ranks in Mbare and in the city.

Last week on Monday, police questioned Kunaka in connection with a shoot-out by the militia in a stand-off with municipal police over the demolition of illegal car sale yards in the city.

Kunaka and the owner of the illegal car sales company, believed to be a second wife of a senior provincial Zanu PF official, were questioned by detectives at the Law and Order Section of the Harare Central Police Station and freed without charge. Police sources said head of the sect, Kunaka, has been put on a police watch list.

Kombi operators demanded the arrest and prosecution of Kunaka and Fanwell Dera, a minibus operator who is alleged to be part of the extortion ring, accusing them of inciting Chipangano members to harass and extort money from them, which they both vehemently denied yesterday.

Dera said the allegations of extortion were being fabricated by Wilbert Zhakata, who was deposed as chairperson of the Urban Transporters Association of Zimbabwe, another association of minibus operators.

“Zhakata was removed through a vote of no confidence because he doesn’t own any kombi, so he was bitter and he is fabricating all these charges,” said Dera, who was Zhakata’s deputy.

He said he had his own fleet and was not involved in the so-called extortion racket. He said the rank marshals were demanding money from the drivers out of their own volition and he had nothing to do with it. But the operators insisted Kunaka and Dera incited the dreaded Chipangano members to harass and extort from all kombis on the road.

If police fail to act on the extortion, the operators are threatening to paralyse transport in Harare by pulling kombis off the road until the law enforcement agency takes action. However, Kunaka denied the allegations. He said the operators had fabricated the accusations and that he was not involved in any extortion ring.

“I don’t run chihwindi (the touting business), I’m a (Zanu PF) provincial chairman,” Kunaka told the Daily News. “I deal with structures of the party. These allegations are being made by agents of the MDC who are trying to tarnish my image. I will not lose focus. There are ranks operated by MDC people, Hatfield, Waterfalls, why are they not talking about them?”

Kunaka said he had protected the minibuses after Harare mayor Muchadeyi Masunda threatened to ban kombis and introduce buses from India. “They should be thanking me, not this,” he charged. He said the rank marshals deserved to be paid for loading the minibuses, but denied that he was the recipient of the cash.

“I am a businessman in my own right, handisi hwindi (I am not a tout),” he charged. The kombi drivers and conductors yesterday expressed concern that Kunaka and Dera were inciting the criminal gang to harass them and extort money.

But Dera said it was foolhardy for anyone to think that rank marshals can spend the whole day shouting themselves hoarse only to hand the money to him.

But one operator who sought anonymity, said: “Most of us are trying to pay back bank loans and it is unfair to allow this lawlessness to continue where people claiming to be in the service of Zanu PF incite Chipangano to take our hard-earned money from us. We will pull back our vehicles until the police deals decisively with this cartel.”

Asked what they will do if police fail to act, he retorted: “We are still consulting and if Chipangano is allowed to harass us as police fold their hands, then commuters should brace themselves for tough times.” Daily News

Stampede in Harare as Prophet Boateng jets in

Dynamos title push will depend on home form