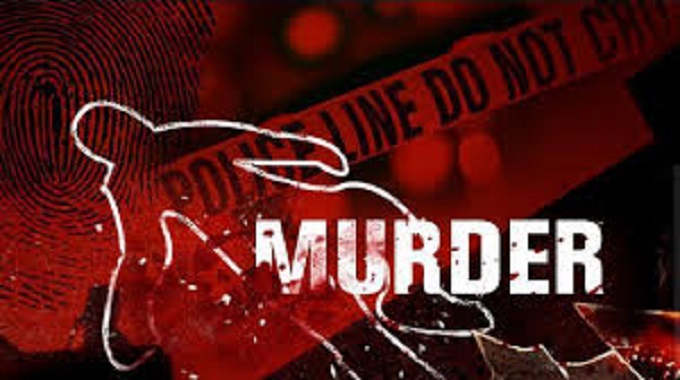 A man from Gutu in Masvingo committed suicide a few days after he attacked his girlfriend with a stone who later died.

The man attacked the woman over rumours of cheating. Shepherd Dzivakwe of Chivake Village under Chief Serima Gutu committed suicide at his workplace in Chatsworth on Monday last week, two days after the death of his girlfriend, Racheal Mudonzvo from the same village. Masvingo provincial police spokesperson Inspector Kudakwashe Dhewa confirmed the incident.

“On 28 October around 8pm Dzivakwe visited his girlfriend Mudonzvo at her homestead and at around 9pm. Both Dzivakwe and Mudonzvo went to Mudonzvo’s friend Eugenia Mlambo (27). The three then proceeded to Pastime Special Bar but they found the bar closed. On their way back home Dzivakwe started accusing Mudonzvo of cheating as a result he took a stone and hit her three times on the right ear and disappeared into the darkness,” said Insp Dhewa.

He said the following day on 29 October, Mudonzvo went and reported the matter of assault to the police in Gutu.

She was referred to the hospital and was admitted to Gutu Mission Hospital.

“At around 2pm her condition started deteriorating and was referred to Masvingo General Hospital where she died on the 30th of October at around 10am and the matter was reported to the police.”

Insp Dhewa said on 31 October at around 4am Dzivakwe arrived at Lonster Farm in Chatsworth where he worked as a domestic worker.

“Dzivakwe lived with his eight year-old son and at 8am he went out to an unknown destination and did not come back. The son at around 7pm went to their neighbour, Owen Muchabaiwa (52) and spent the night. In the morning he came back to check on his father and saw the kitchen door open and when he entered the room he found his father hanging from the beam,” Insp Dhewa said.

A report was made and the police confirmed that it was indeed Dzivakwe who was on the wanted list for the murder of Mudonzvo.

In a separate incident at Muungani Village in Gutu, Pianos Muungani was found dead floating in a well and the police has since logged it as a murder case.

“On the 25th of October Muungani’s son Tashinga Muungani (32) left him at home and went out to the grazing fields and when he came back he could not find him and thought that he had gone out for a traditional beer drink. On the 27th of October Tashinga looked for Pianos at the nearby villages and could not find him. He called the other villagers and searched the village but they could not locate him.

“At around 4pm Tashinga went to fetch water at the nearby well about 50 metres from their homestead and found his father floating in the well,” he said.

Insp Dhewa said Tashinga reported the matter to the police. After conducting investigations, the police discovered that the body had four deep cuts at the back of the head and also found blood stains on his bed. The Sunday News

Nakamba falls ‘out of favour’ at Aston Villa,…

Bosso star Masuku back in the country from the U.A.E after…