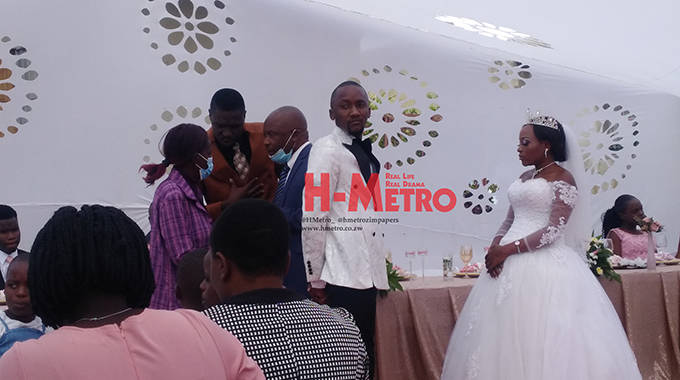 A self-styled prophet and son of a prominent church pastor was on Saturday humiliated during his wedding in Budiriro.

Ezekiel Chivasa was not only undressed by his estranged wife Jacqueline Mbangami, 25, when he was set to exchange wedding vows with his pregnant sweetheart Tafadzwa Mukanganga but forced his parents into a meeting that took away their wedding gifts and joy as they tried to correct his irresponsibility.

The wedding was held at Chivasa’s in-laws’ residence. 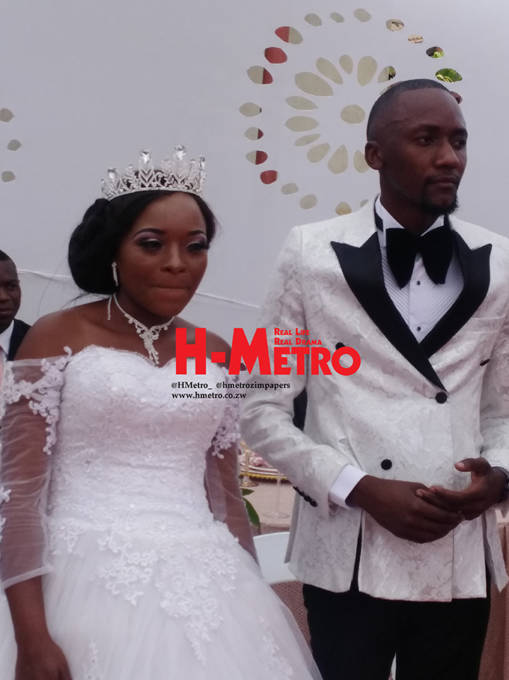 Mbangami appeared at the wedding accompanied with her relatives when Bishop Jerdan Paradise was about to allow the two to say their wedding vows in holy matrimony and presented her issues to the marriage officer.

“DJ can you increase music volume to allow me attend to this issue before we move on with our wedding vows,” Bishop Paradise announced to invited guests. 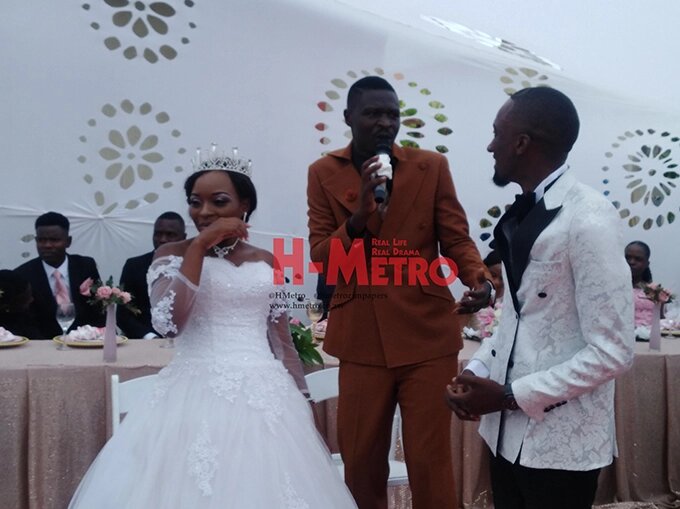 Bishop Paradise, after agreeing with Mbangani and Chivasa family, brought smiles back to the guests that the wedding was going on as the families had met for way forward.

Among the Chivasa family members who attended the meeting with Mbangani family was musician Jonah Chivasa who professed ignorance of his brother’s shenanigans.

“To be honest I only learnt of Ezekiel’s child with Jacqueline on the last hour and we had agreed as a family to move the wedding date but preparation costs carried the day,” said Chivasa. 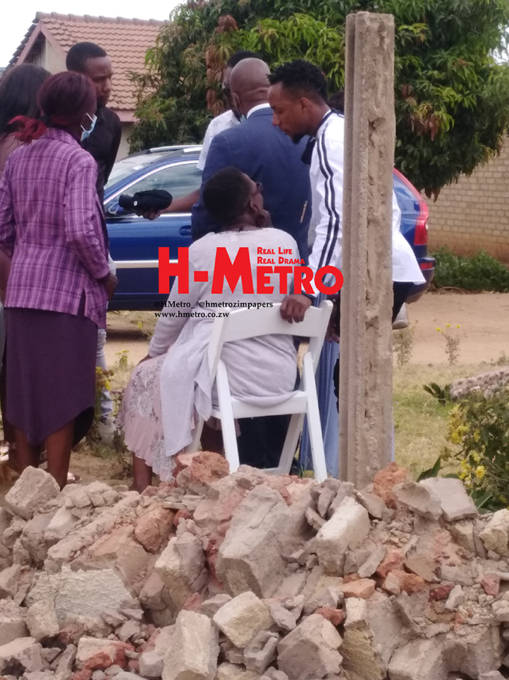 “We nearly cancelled the wedding date and his unresolved issues have left us with egg on face especially for my father who is a pastor and myself as a musician.

“I would like to thank Mbangani family for allowing the marriage officer to go ahead with officiating the marriage as we met to assure the family of our support of the child. 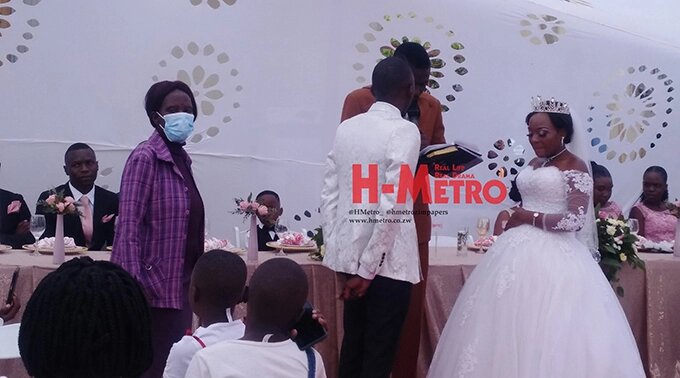 “The incident has affected our mother more considering that she has not been well for the past months. 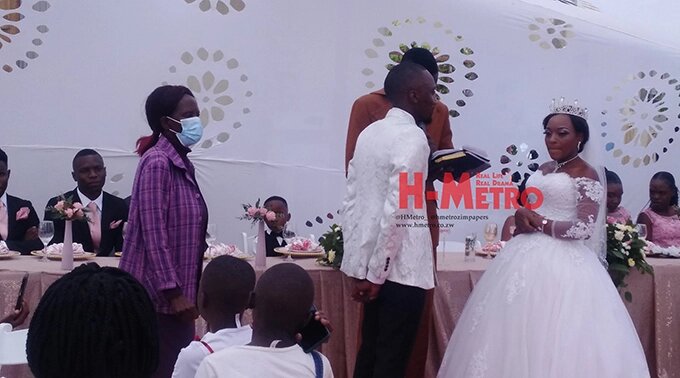 Impeccable sources close to Chivasa family told H-Metro that they paid US$500 as fine to Mbangani family for the wedding to move on while they find a common ground to address the two-year-old baby’s responsibilities.

The bride, Tafadzwa went into tears as she looked in disbelief when the wedding was temporarily stopped for almost 20 minutes. 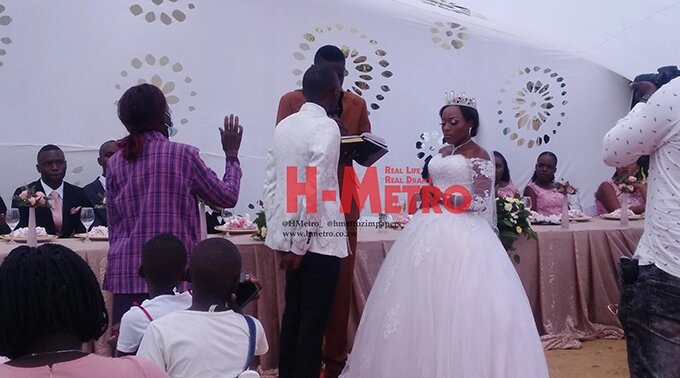 The bride’s mother Gladys Makufa was blamed for forcing Ezekiel to tie the knot with Tafadzwa who is believed to be pregnant in a way to protect her image as a church elder with a leading Pentecostal church.

Some of the guests had no kind words for Makufa accusing her of tarnishing the two families’ images in a way to cover up for Tafadzwa’s marriage. 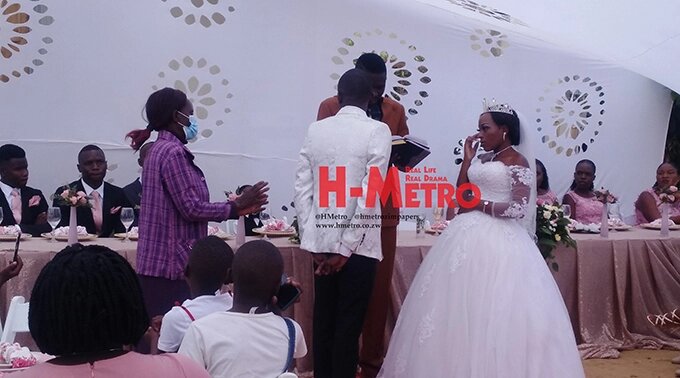 “It is not good for church elders to conceal issues pertaining their children when they do wrong and become tough when solving other families’ issues.

“She refused to move the wedding date since she is the one who met most of the wedding costs and she was yet to meet Tafadzwa’s in-laws,” said the source.

Makufa told H-Metro that she was not moved by the disruption made by Mbangani family saying the wedding went according to plan.

“Everything went well and nothing official pointing to the wedding stoppage was announced so I can say it went according to plan,” said Makufa refusing to entertain further questions.

Jacqueline said she wanted her voice heard at the wedding since Ezekiel and her parents were turning a deaf ear to issues pertaining to her two-year-old child with Ezekiel.

“We did not come with the intention to stop the wedding but took the opportunity to seek attention because Ezekiel has not been supporting the child for the past two years,” said Jacqueline.

“Ezekiel only facilitated the acquiring of the child’s birth certificate and that was that; kwavakutozonzwa kuti akaitisa Tafadzwa mimba saka mai vake varikuda muchato nekukasira.

“Church elders must not look down on other families to that extent as if we are not human beings who are also loved by the same God they worship,” she said in tears holding the child.

Ezekiel and Tafadzwa were kept protected that H-Metro was not accorded a chance to get their side of the story.

Ezekiel was reported to have left his father’s congregation to start his own ministry, Rehoboth International Ministries, where he is a prophet. H-Metro