Another bloodbath at Zupco 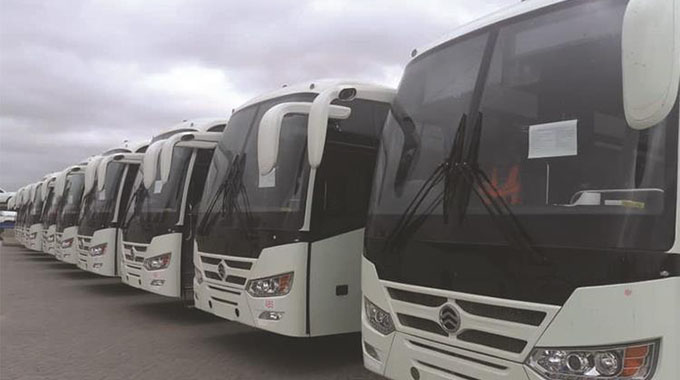 Zimbabwe United Passenger Company (Zupco) has had a torrid time trying to prevent their staffers from dipping their sticky fingers in the cash till.

Pilfering has become so pervasive that the company has since roped in the Zimbabwe Republic Police (ZRP) instead of relying on internal investigators. It is believed that a corrupt network of drivers, conductors, cashiers and the loss control team has been systematically siphoning funds from the company’s coffers.

At least 450 employees have been fired for financial impropriety over the last four months. More workers are in the line of fire as investigations continue.

“My friend and fellow driver was fired after being found guilty of overcharging commuters. He was assisting passengers with his tap card for a fee since most Zupco buses no longer accept cash payments,” said a driver identified as Mr Mhere, who plies the Chitungwiza route.

“It was not his fault though. Most commuters do not have tap cards and force us to use personal cards for their convenience. We cannot do that for free as our jobs will be on the line. It is not allowed.”

Most Zupco buses have migrated from cash payments to the convenient tap-and-go card system that is ostensibly foolproof and designed to eliminate theft.

But some of the parastatal’s employees discovered a loophole in the system, which they are still using to line their pockets.

“I rarely use Zupco buses, hence don’t see the need to have a tap card. But each time I make use of public transport, I pay the conductors in cash,” said Mr Edmund Mudzamiri.

In some instances, the bus crew charges a commission when they “assist” commuters with their tap cards.

For instance, commuters pay $50 cash for a 20-kilometre trip that ordinarily is pegged at $30 by the transport utility or $100 for a trip legally pegged at $60 when using a commuter omnibus. In this case, it is both the commuters and Zupco that are prejudiced.

There are also instances where the tap-card machine is tampered with, which allows the bus crew to declare any figure they wish at the depot. Money that would have been paid in cash is converted to personal use.

“We have been receiving reports of conductors and other criminals taking advantage of those who do not have tap-and-go cards, collecting and pocketing cash from them and then use their own cards to tap for huge amounts,” said Zupco chief executive officer Mr Evaristo Madangwa.

“zupco is now working with the ZRP, through the Criminal Investigations Department (CID), to unearth the rot within the organisation.”

Touts that have resurfaced at most ranks after the relaxation of the lockdown are further making it increasingly difficult to maintain discipline.

“Through our investigations, we have also noted the other culprits are touts working in cahoots with some Zupco employees. However, we have devised a way to deal with them,” added Mr Madangwa.

“Some of the passengers are to blame. They beg conductors to tap for them in exchange for cash, hence we cannot be entirely responsible. If commuters and other relevant stakeholders join hands, we will not have these challenges.”

Investigations by The Sunday Mail Society indicate that the parastatal has lost millions of dollars to fraudulent schemes in the past year.

Most of the cases are being reported in Harare, Bulawayo and Mutare.

“There was an internal audit late last year that revealed the company could have been prejudiced of more than $2,5 million due to different forms of fraud mainly involving bus crews. While the focus is on the tap-card scam, fuel is also being stolen by these bus crews,” revealed a source who spoke on condition of anonymity.

The haemorrhage is threatening the Government’s commitment to revamp the mass public transport operator.

“What these people are doing is criminal and punishable. The proactive stance we have taken is yielding positive results. Already, several conductors have been fired while some identified culprits are also set to lose their jobs,” warned Mr Madangwa.

The tap-and-go card system has had to be continuously adapted to improve its security.

In Bulawayo and other towns, Zupco has had to reintroduce the old ticketing system.

Harare Institute of Technology (HIT) director of technology, licensing and commercialisation centre Dr Talon Garikayi, who oversaw the development of the system, admitted there was a crisis.

“There is a new system that we developed after some problems with the existing one. We are continuously upgrading it until it becomes foolproof. The new invention is a panacea to the current crisis,” he said.

“ . . . unfortunatelyZupco employees do not know that we have been monitoring their activities, even with the old system. This is how most of them have been caught and subsequently fired.”

The upgraded electronic ticketing system is currently being rolled out. It was installed in all the 50 new Zupco buses that were recently commissioned. The new system limits the tap-card use to one passenger every 15 minutes.

“From our investigations, it takes a bus between 10 to 12 minutes to load at the terminus. This means it will be difficult, if not impossible, for the bus crew or touts to tap for several commuters due to the 15 minutes waiting period,” said Mr Garikayi.

However, the new system comes with challenges for those traveling as a family.

“The official position is that tap cards are acquired for free at any of the Zupco booths. They are never out of stock; therefore, there is no reason for anyone to say they do not have one,” he added.

“As for tap-card top-up, we also upgraded to enable that to be done via bank or mobile money transfer services as a way to embrace digital currency.”

Zupco has lately been grappling to maintain its fleet as some franchise operators pulled out due to backlogs in payments, including allegedly setting “unrealistic” daily targets.

“Operators under the Zupco franchise are supposed to be paid on a fortnight basis but they (Zupco) were defaulting. We could go up to a month or two without payment. I had four of my vehicles under the franchise but I pulled out. I have two outstanding payments with them a month or so after withdrawing,” said one operator.

In response, Mr Madangwa said: “Some operators have left but an exercise to replace them is underway, hence we did not feel the
gap.

“Also, we are working on clearing our arrears with the operators in the shortest possible time.”

As of last week, Zupco had 724 buses and 758 commuter omnibuses under its franchise countrywide. The Sunday Mail