For many, it was the closest drama to the hit Netflix series show Money Heist, which the CAF Champions League has produced — a shameless Sunday Night Robbery, disguised as a football showdown, on the shores of the Mediterranean. 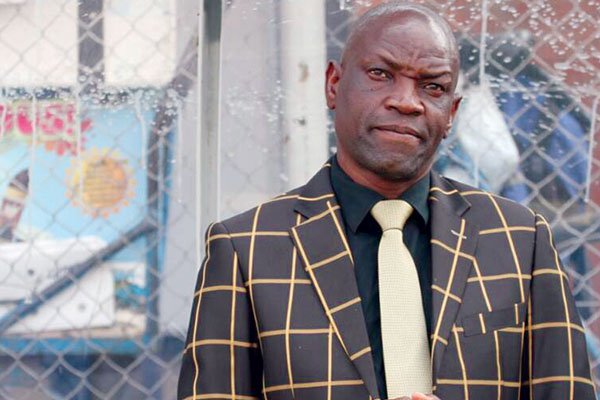 The Prince, who had scored in the first leg at Rufaro, was also left with a swollen eye after being repeatedly punched by the defenders, in incidents which were ignored by Egyptian referee, Fahim Omar.

An amazing 36 free-kicks, and a penalty, were awarded to the hosts, while the time added on appeared unlimited, to give them as much time as they required to try and score the goal they needed to squeeze through, to the next round.

Eventually, MC Alger scored, with Brahim Boudebouda grabbing the priceless third goal, and his second of the night, as the Algerians won 3-0, the result they needed, to dump Dynamos out of the tournament, on the away goals rule. “I have been in this competition before but have never seen anything remotely close to what transpired on Sunday,’’ said the then DeMbare coach, Lloyd Mutasa.

Katsande can see the Promised Land

“Such acts of robbery make you question whether it’s worth being part of the CAF Champions League. Personally, I think it’s a waste of time as some unfortunate teams, without the financial muscle, get trampled on.’’

His Glamour Boys had won the first leg 4-1 at Rufaro, with goals from Zhokinyi (penalty), Mutuma, Mukumba and Farai Vimisayi, in what many analysts consider to be the finest Champions League exhibition show, by a local side, since the turn of the millennium.

The man who was Mutasa’s boss, back then, Kenny Marange, also agreed, questioning the wisdom of their continued romance with the Champions League.

“Events during our match, against MC Alger clearly show that the powers that be want teams from North Africa to succeed at all costs while teams from Southern Africa, like Dynamos, are included to authenticate a flawed competition,’’ he said.

“Last year, we came to Algeria to play Entente Setif and we were given another raw deal.’’ This month marks exactly 10 years, since that Glamour Boys’ vintage show, at Rufaro, when a teenage Mukamba drove them to a performance, and a result, which dripped in quality, in a comprehensive four-goal destruction of MC Alger.

Sadly, it’s also the 10th anniversary of what the Dynamos family, and other neutrals, have termed one of the worst forms of injustice, inflicted on a visiting side, in the history of the CAF Champions League.

Many have always wondered what that DeMbare side, dominated by some talented, and fearless, newboys on the continental stage, would have achieved, in that Champions League campaign, had they not been robbed in Algeria that night.

While that team provided the foundation, on which the Glamour Boys built their campaign to win four successive domestic league titles, they lost their way, on the continent.

The burden of the psychological battering they received, on that horror night in Algiers, coupled with the departure of some key players, meant they were never the same team, in the Champions League.

But, what about the Algerian side which, inflicted those scars, what were the short, and long-term proceeds, from their heist, 10 years after that farce?

Well, for those DeMbare fans, who believe the gods of football can find a way to punish those who would have cheated their way to glory, the case of what MC Alger have endured, in the past decade, will provide a perfect script to cheer their spirits.

Since that Sunday Night Robbery, in Algiers, MC Alger have been such a house of chaos they have had 23 coaching changes, in the past 10 years, which makes them the closest thing, to a football Siamese twin, to Chippa United of South Africa.

The coach who guided them to that Sunday Night Robbery, Noureddine Zekri, didn’t even last long, as he was fired, on July 9, 2011, just four months after he, and his men, conspired to give the Glamour Boys a raw deal, using unorthodox means, to win the contest.

Ironically, Zekri had been fired, the previous year, after the other Algerian side he was coaching, ES Setif, crashed to a 0-1 defeat at the hands of the Glamour Boys, in August 2010, at Rufaro, in the Champions League group matches.

Zekri’s replacement at MC Alger, Abdelhak Menguellati, lasted just one month, taking charge of the team from September 1 to October 5, 2011, and forcing the team’s leadership to look beyond their country, in search of someone to lead the club.

They settled for Frenchman, Francois Bracci, who was hired on October 23, 2011, which meant that, since their controversial victory over the Glamour Boys, MC Algers now had their third different coach, in just about six months of chaos.

While they made it into the 2011 Champions League group stages, after that Sunday Night Robbery, 10 years ago, they were helpless, in a group that featured Al Ahly of Egypt, Wydad Casablanca of Morocco and Esperance of Tunisia, winning only one of their six matches, and finished bottom of the table.

Bracci didn’t last long, too, as he was out of the club, by February, the following year, which meant he had just been in charge for four months, before being replaced by Kamel Bouhellal, who lasted just another three months, before changes were effected again.

Abdelkrima Bira took charge, in May, 2012, but he was gone, the following month, to be replaced by a Frenchman, Paul Liewig, who also lasted one month, before his compatriot, Jean-Paul Rabier, arrived and, just like him, also lasted just one month.

Djamel Menad took over, in September 2012, but was out by May, the following year, which represented longevity as his replacement, Farid Zenit, lasted one month, before the club turned to Swiss coach, Alain Geiger, who lasted 10 months.

Rafik Saifi (one month), Casoni, in his second spell (five months) and Mohamed Mekhazni (two months) were also hired, but didn’t last long, before the club settled on their current coach, Nabil Neghiz, who has been in charge since February last year.

For five months, between October 2018 and March 2019, MC Alger were under the guidance of Adel Amrouche, the man who is now in charge of the Zebras of Botswana, who are preparing to take on the Warriors, in an 2021 AFCON qualifier, at the end of this month.

For a club which made history, as the first Algerian side to be crowned champions of Africa, when they beat Hafia of Guinea in the 1976 final, somehow — just like in the Dynamos case, overturning a 0-3 first leg loss to win 3-0 at home, and then triumph in the penalty shootout lottery — MC Alger have underperformed since that Sunday Night Robbery in 2011.

They are yet to win the league championship, crashed out of the preliminary round of the 2015 CAF Confederation Cup, lost in the quarter-finals of the same tournament, two years later, and finished bottom of their Champions League group in 2018.

Maybe the gods of football are still punishing them for that Sunday Night Robbery. The Herald

Katsande can see the Promised Land