Former Zimbabwe international, George Mbwando, has called on authorities to help bring back domestic football and save the careers of players and their coaching staff. 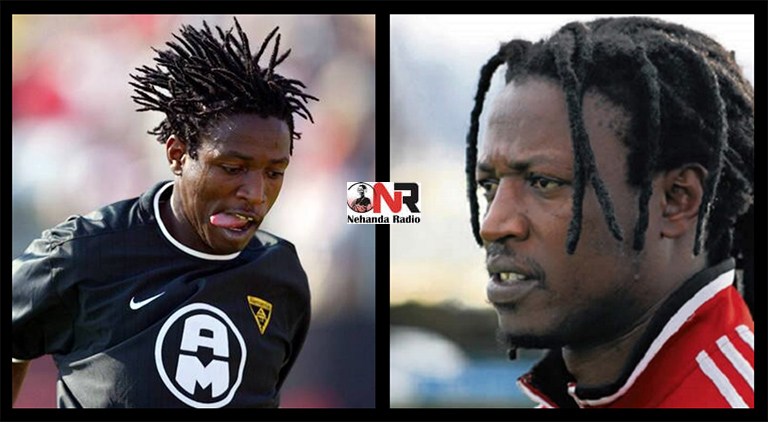 The Germany-based ex-Warrior feels many local footballers were now living miserable lives as they can’t benefit from the bonuses which used to sustain their families.

He says sport was very technical and there was a high risk that some players might never recover, the levels they had, when the game was sent into hibernation, last year.

Mbwando, a member of the pioneer Class of Warriors, who represented the country at its maiden AFCON finals in Tunisia in 2004, is the latest high-profile sports personality, to add his voice to the campaign for the national game to be brought back.

The Footballers Union of Zimbabwe, club administrators and supporters have united in calling on the parent ministry, to consider the plight of the players, who are the breadwinners, and career athletes.

The Ministry of Youth, Sport, Arts and Recreation, and the Sports Commission, are believed to be involved in a series of high-level meetings, to have some high-risk sport codes considered, for a possible return.

This morning the parliament portfolio committee on sport, will hear oral evidence, on the Ministry’s preparedness, to resume sporting activities.

The virtual meeting was last week postponed after a number of legislators, and those who were expected to appear before the panel, faced network challenges.

It has been 15 months, since top-flight football was last played, when 2019 season ended, and lockdown came into effect, just a few weeks before the 2020 campaign was about to begin.

Mbwando, who at one stage considered a crack at the ZIFA presidency, before deciding to work as an oil refinery technician, remains a very passionate supporter of domestic football. Writing on his Facebook page, the former Blackpool defender expressed his concern, narrating how tough it used to be for them, during short off-season breaks, on the local scene.

“Those days, between December and January, it used to be off-season in the Zimbabwe Premier League,’’ he wrote.

“And, you could see that players, with families, used to be hit hard with money problems and ended up risking their careers, playing money games to sustain their families, and some ended up doing criminal activities just to pull through to the next season.

“I am talking about just one month.

“Now, the players have gone for almost a year, without playing competitive football, meaning their only source of income is closed, there’s nowhere to go because the teams, themselves, have nothing because they are not generating any income.

“Maybe, since FIFA told all leagues to play without fans, I think the responsible people (the PSL leaders) are seeing no cause to start the game again, because there are no gate-takings to steal, and no commission for the City Council or Sports Commission.

“So, they will just sit back, making no effort about the corona testing, and letting the young players play.’’

Mbwando urged the health and sports officials to set up testing facilities for the players, for them to return to action, and sustain their families.

On February 7, ZIFA submitted their application, in which they proposed to start training on February 22, and get the season underway by this month.

The Sports Ministry have since said that they are considering the application.

Sibanda issued this warning, during a parliamentary question and answer session last week in which he asked the Ministry of Youth, Sport, Arts and Recreation, why it had taken long to allow sporting activities to resume.

“Can you clarify Hon Minister, why is it that you have taken so long to act on these sporting disciplines in view of the fact that our teams are participating internationally, and we are failing to perform?

“Our neighbours like South Africa and Zambia, for example, are playing football, but we are not doing anything, we are not seeing anything.

“There are what are called player contracts; teams are losing, including other sports, also. “Those contractual obligations, how are the teams going to fulfil them when players are not playing?

“Are you going to assist, in terms of Government funding, or grants?”

In his response, Deputy Minister of Youth, Sport, Arts and Recreation, Tino Machakaire, said the country faced challenges, after it was hit by Covid-19, but they were hoping the ministry will come up with a position on the issues affecting sport.

“We are going to sit down and have a position, which will make sure that all games and players, like he said, are going to be looked after and try to adjust the challenges that we had,” said Machakaire. The Herald