Moana, Karim Cazal’s families understand, ‘it was just an accident’

The families of the late video vixen, Michelle Amuli, popularly known as Moana and Malawian businessman Limumba Karim Cazal have accepted that it was “just an accident” which led to the death of their loved ones together with flamboyant businessman Genius ‘Ginimbi’ Kadungure. 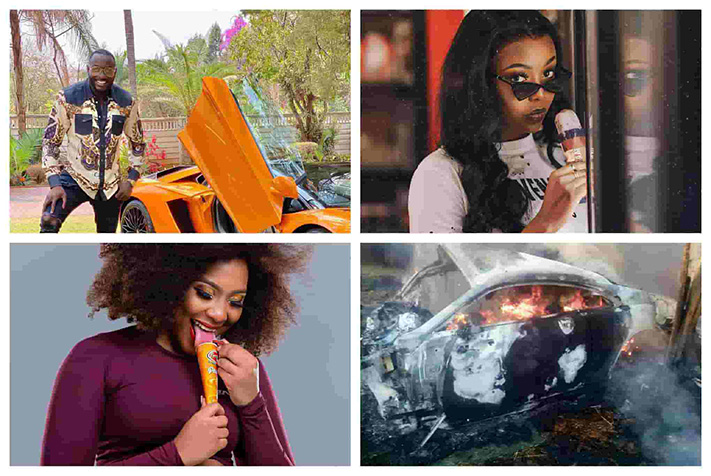 Ginimbi’s Rolls-Royce Wraith collided head-on with a Honda Fit while driving back to his Domboshava home on Sunday morning in the company of Limumba Karim, Elisha and Michelle “Mimi Moana” Amuli — who all died after being burnt beyond recognition.This was confirmed by families during the burial of Ginimbi, 36, on Saturday in Domboshava.

They also said they are still in the process of identifying the remains of their loved ones who were burnt beyond recognition in the accident.

“It was an accident,” said a spokesperson from the Amuli family.

A brother to Karim said; “To our fellow bereaved families, I just want to say let’s unite. It was an accident. Let us accept that and move on.”

However, there seemed to be no representative from the Mozambican model Alichia Adam’s family who showed up at the funeral.

Ginimbi was travelling to his Domboshava home following a night of partying at his famous Dreams nightclub in the capital city when he was involved in a head on collision along Borrowdale Road in Harare.

The accident which occurred at around 4.45am involved his Rolls Royce and a Honda Fit.

‘Moana never liked the party lifestyle, she did it for her daughter’ – Sister