Smuggling is rising along the Limpopo River despite increased patrols by security forces on both sides to curb illegal crossings. 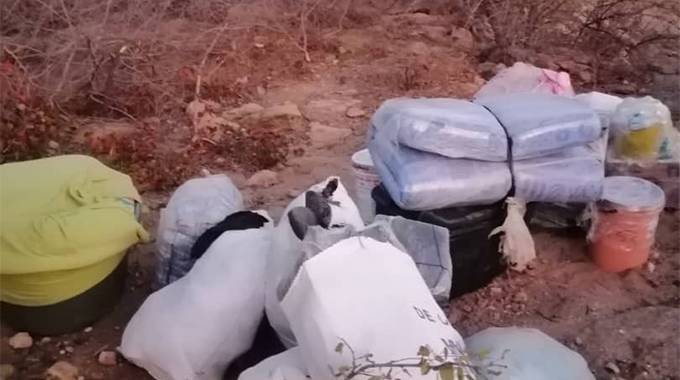 The two countries closed the border to non-essential human traffic, while allowing trucks to move cargo.

Since security was tightened at the border post, smugglers have created new lucrative illegal crossing points and have even opened a taxi rank a kilometre from the border.

It is estimated that there are more than 200 illegal crossing points within 60km each side of the border post, many used to smuggle groceries into Zimbabwe and cigarettes into South Africa.

Smugglers flee into Zimbabwe after clash with troops in SA

This traffic is legal, but duties are charged and the smugglers do not pay taxes.

Last week, the police arrested 35 people with an assortment of goods smuggled from South Africa.

They were carrying groceries, fuel and drums. In essence, even the arrests are not deterrent enough since the smugglers have opened a new illegal taxi rank at Gateway truck stop in South Africa, just 1km from South Africa’s border.

“This is where everyone coming from all parts of South Africa drop off to avoid mandatory quarantining. They then hire people to carry goods across borders for between R50 and R100. They enter Zimbabwe near the spillway.

“However, our greatest fear is that they are smuggling Covid-19 across the border, besides moving contraband,” said a South African official.

The official said several people were being arrested in that country, but the smugglers were not relenting.

The Herald is reliably informed that after getting into Zimbabwe the smugglers and migrants are hiring taxis for anything between R50 and R60 to spots on roads leading to Bulawayo or Harare where they can pick-up lifts to these two cities. The Herald

Smugglers flee into Zimbabwe after clash with troops in SA