Bulawayo headquartered and diversified food processor, Arenel will next month install a US$750 000 carbonated drink manufacturing plant with the investment expected to create more than 100 additional jobs at the company. 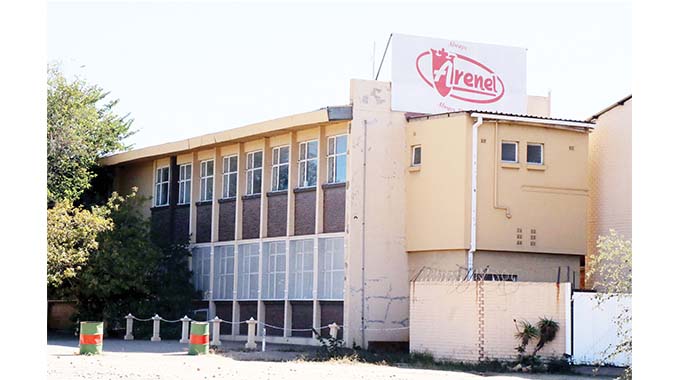 The manufacturing plant, which is on its way from China, has the capacity to produce between two and three million litres of soft drinks per month.

During a tour of the company’s Belmont Industrial Site factory by Industry and Commerce Minister Dr Sekai Nzenza early this year, the firm, which is one of the oldest companies in the city, revealed that it was also working on setting up a US$6 million wheat milling plant.

Among other range of products, the diversified food processor produces biscuits and sweets and it is hoped that the milling plant would produce a special flour that Arenel requires to manufacture biscuits, and pastas like spaghetti and macaroni, as well as supplying the local commercial market.

Arenel compliance officer Mr Stephen Ncube said his organisation which employs about 500 workers, looks forward to increasing its staff complement when the new plant is operational.

“By end of July we will be installing the US$750 000 carbonated drink manufacturing plant. The project will create about 150 new jobs,” he said.

Mr Ncube said the new project was expected to be running by end of August.

To support the wheat milling venture, Arenel is also engaging farmers through their unions such as the Zimbabwe Commercial Farmers Union and the Zimbabwe Farmers Union for a wheat outgrower scheme.
Zimbabwe requires between 200 000 and 350 000 tonnes of wheat annually but is producing less.

Government has over the years been importing wheat to cover the deficit.

Meanwhile, the export market has managed to anchor Arenel business operations as the local aggregate demand is presently subdued.

The firm exports some of its products to countries such as Zambia, Malawi, Democratic Republic of Congo, Botswana and South Africa.

The company says in a bid to broaden its market share, it intends to penetrate the international markets by exporting to countries like United Arab Emirates. The Chronicle