Clear streets occasionally flooded by baboons and warthogs now characterise the once busy Victoria Falls central business district which has turned into a ghost town overnight. 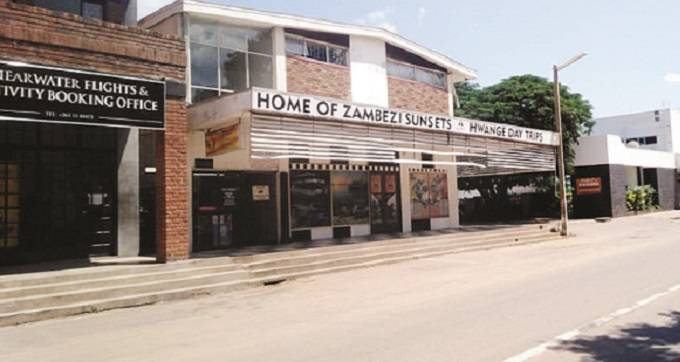 When the outbreak of the novel coronavirus was first confirmed in China in December 2019, the town was teeming with tourists.

Four months into another year, Victoria Falls is grounded with no tourism activity and all hotels are closed.

While there is life in residential areas where people have defied Government calls to stay at home, the CBD is completely deserted as there are no tourists in town.

However, being the country’s prime destination and biggest contributor to 2,29 million annual arrivals recorded in 2019, Victoria Falls’ situation is critical as the town’s economy is solely dependent on tourism.

About 90 percent of jobs in the town are supported by tourism with the majority of the over 30 000 workforce relying on the sector.

Hotels closed on Tuesday after recording unprecedented zero occupancies and are planning to open after three months despite the lockdown ending in three weeks’ time.

Tour operators also suspended all activities with airlines also cutting flights leaving the resort town with no visitors and source of revenue.

Curio markets, curio shops, restaurants, hotels and the Rainforest are some of the places that closed thereby grounding the whole town.

All activities ranging from helicopter flights, canoeing, bungee jumping, gorge swing, white water rafting, game drives, to village tours and tour of the Rainforest have all been suspended as there are no clients.

A day in the economy of Victoria Falls consists of a travel agent who from anywhere in the world books a tourist with a hotel.

The next thing the tourist flies or drives through the border and is welcomed by a local agent and taxi driver who take him or her to a hotel.

At the hotel the tourist is served by a reservationist before a porter leads him or her to a room and is served with food by a waiter.

There is a tour guide from an operator who is waiting to accompany the tourist for a tour on different activities after which he or she goes for shopping. The tourists also briefly stop at supermarkets to buy food stuffs or occasionally go out for dinner at different eateries dotted around town.

There is also a villager in surrounding communal areas waiting to showcase African culture through traditional food and dance among other things during village tours.

From airport to the hotel and eateries, there are traditional dance groups waiting to entice visitors with their well-choreographed traditional music and dance while all this is captured by a video and photographer who follows every activity.

Illegal vendors who masquerade as agents are also not left out as they chase after visitors selling old Bearers’ Cheques which tourists love to buy for souvenirs.

Sadly, the whole value chain has been cut by Covid-19 and people are grounded.

Mr Gilbert Tshuma, a curio vendor said: “We have never heard about Victoria Falls being closed. Even this Sinathankawu market has never been closed throughout the history of the town. This was our source of income and we are left hopeless.”

Taxi drivers also literally have no one to transport in the absence of tourists.

A taxi driver Mr Kevin Muleya said they were in a fix.

“We carry both locals and tourists and it’s not a secret that most of our revenue is from tourists who pay in foreign currency as opposed to locals who pay in Zimdollar.

“We have parked our cars and waiting to see if there will be life after this. Many of us were driving hired cars where we pay owners every month and at the same time take care of our children hence you can see how we have been affected,” he said.

“The current situation is what was desired in the face of Covid-19, that no one travels so that there is no more transmission. Hotel occupancy and entry into the Rainforest is zero and the facilities are closed for periods extending beyond the lockdown. That was the whole idea of the worldwide lockdown,” said Mr Chidzidzi.

He said this is the time for various authorities involved in tourism to attend to issues that are usually not easy to address during busy periods.

Mr Chidzidzi said the municipality and other stakeholders can now rehabilitate roads, signage and other facilities.

Victoria Falls town clerk Mr Ronnie Dube however said no maintenance work can be done around town because of the lockdown and resource constraints.

“The town looks like a ghost town. It has never happened in the history of Victoria Falls. Funny enough this has happened at a time when the river has drastically increased in its flow but sadly there are no tourists to witness this,” he said.

Hope is not lost though.

The thunderous sound of the mighty Victoria Falls is back as water level has significantly risen on the Zambezi River giving hope a rebound of the tourism sector after the Covid-19 threat has been dealt with.

Authorities have said as of Last Friday water levels in the Zambezi River in Chavuma, Zambia has gone up 523 percent compared to its levels during the same time last year, thereby increasing flows to the Falls. The Chronicle