Directors of E Pfugari Properties are entitled to continue with the company’s operations and the executor in the late property mogul’s estate acted unlawfully in locking down its headquarters’ premises, the High Court has ruled. 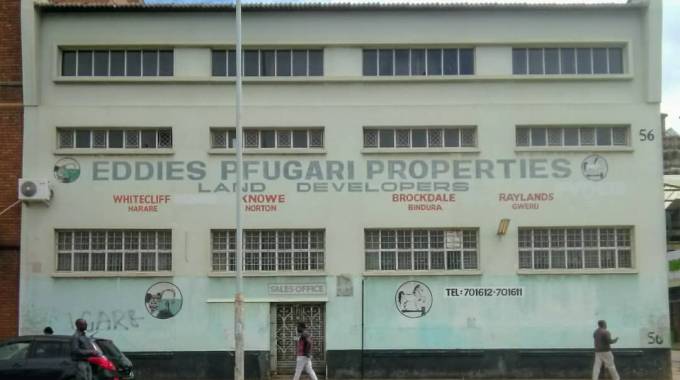 Justice Jacob Manzunzu has ordered the executor, Clever Mandizvidza, not to interfere with the company’s smooth operations basing on the basis of his responsibility in the estate.

The judgment brought to an end a long standing feud between late property mogul, Eddies Pfugari’s, children over the distribution of his estate- a year after his death.

“1st respondent’s acts of locking down 1st applicant’s premises situated at 56 R. Manyika Avenue, Harare and of interfering with its smooth operations on the basis that he is the executor of estate late Edward Nyanyiwa (Snr) are unlawful.

“1st respondent interests in 1st applicant are only limited to the proprietor interests held by the late Edward Nyanyiwa (Snr) being his 50 percent shareholding in that entity.

“1st applicant’s operations are entitled to continue under the direction and guidance of its lawfully constituted board of Directors,” said justice Manzunzu in his judgment.

Mandizvidza was ordered to pay the costs of the suit in his official capacity.

E Pfugari Properties (Pvt) Ltd and Edward Nyanyiwa (Jnr) were applicants while Mandizvidza, Master of the High Court of Zimbabwe, Henrieta and Stephen Nyanyiwa were cited as respondents.

Siblings Edward (Jnr), Naomi, Henrietta, Itai and Stephen were embroiled in a dispute over the distribution of the late businessman’s estate.

In his application, Edward Nyanyiwa (Jnr) claimed to lawfully own 50 percent shareholding of the estate saying locking down of the company’s premises was disturbing operations of the company.

He said his company was continuing incurring losses and applied that the executor, Mandizvidza, open the business premises.

In his response, Mandizvidza, who was representing the other respondents, said the closure was just temporary as he wanted to iron out issues, which were among the siblings as was required at law.

He argued that his main duty was to carry out instructions to manage the affairs and execute the wishes of the late Pfugari’s estate.H-Metro