David “Yogi” Mandigora has changed his perception of Dynamos following a recruitment exercise that has seen them bringing 13 new players to date. 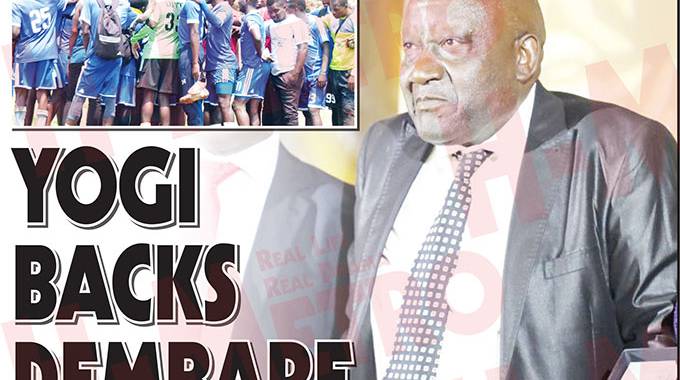 The former coach – in an interview with H-Metro Sport – recently questioned the quality of players making the grade at DeMbare, with focus on last season’s squad.

“They have a big chance to 2020 champions, you can see their recruitments. It’s a different case altogether.

“Some of the players they have recruited are good players and I’m sure they can fit well in their style,” said Mandigora.

Mandigora has challenged Ndiraya and his men to convert their draws last seasons to wins.

He is, however, not writing off rivals like FC Platinum, CAPS United, Ngezi Platinum and Highlanders for the coveted gong.

“Last season they have recorded many draws which is not good and this time around if they should improve from the draws to wins. I’m sure they can be champions in 2020 season.

“Many teams have also strengthened their squads this time around and it’s not going to be them alone in the championship race so I think if they can improve from their previous campaigns they will have a better chance,” said Mandigora.

DeMbare last won the championship six years ago under the managerial of Kalisto Pasuwa who won it four years on the trot. H-Metro