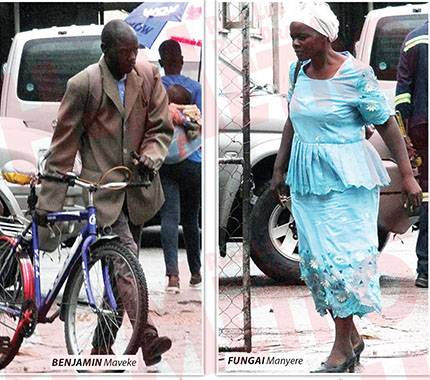 A city man has been dragged to court after dumping his wife for four years over undisclosed illness.

The matter came to light at the Harare Civil Court where Fungai Manyere was seeking a protection order against her husband Benjamin Maveke who she accused of chasing her from their matrimonial home.

She told the court that her husband abandoned her for four years.

“It’s been four years Your Worship since he chased me away from our matrimonial home.

“I was affected by a certain disease after that he dumped me.

My wife beats me up whenever she feels like it:…

“He started to deny me conjugal rights.

“I want this court to allow me to go back home since he wasted my time,” said Fungai.

“We stayed together for 21 years and he cannot just dump me like that.

“I want to go back home and stay together the way we used to do and I do not want him to chase me away anymore,” she said.

In response, Benjamin disputed the claim.

“I never chased her from home, she moved out alone.

“The problem was that she was forcing me to have sex with her.

“I have no problems if she comes back home,” said Benjamin.

My wife beats me up whenever she feels like it: “I’m living in…