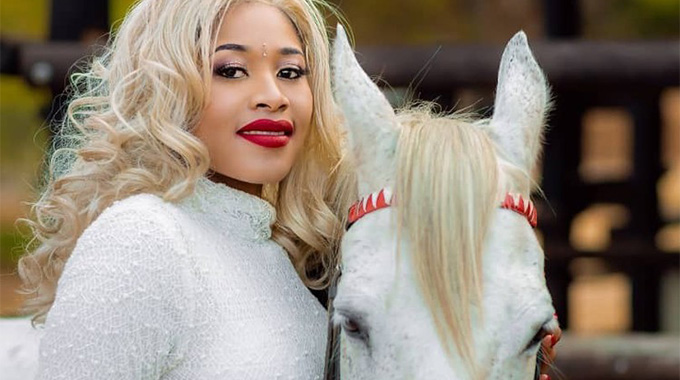 The video was shot by Andy Cutter in Harare and the song was written by Enzo.

The video is about how women are abused and used as sex symbols by those in authority, especially at work, church, home and other institutions.

In an interview, Rachel J said she was excited about the project.

‘I gave them Enzo Ishall but Kudzanai was…

Music played a pivotal role in shaping and moulding the society.

“We grew up listening to the late Paul Matavire and his music was satirical at the same time giving solutions to some societal issues,” said Rachel J.

“His music was comic and this also inspired Ngoro song and video, especially his song “Tanga Wandida”.

“So, in our video, I am being stopped by an officer at a roadblock while pushing a cart.

The officer was causing traffic commotion and people were agitated and asking why he was stopping the lady with a “Ngoro” instead of focusing on the cars.”

Rachel J said she would use the video for awareness on how such issues like degrading women and abusing them could be addressed.

“I am happy to have been working with Enzo and finally the video is out,” she said.

“He helped in the writing of the song that was produced by Oskid.

It is going to be a banger, especially this season because it is a dance song.

“It is a straight forward song.”

Earlier this year, Rachel J, who had hits like “Makwikwi”, which featured Sniper Storm and Lady Squanda, featured on many billboards and fashion magazines.

She is set to launch her clothing line “Rachel J”, early next year. The Herald

‘I gave them Enzo Ishall but Kudzanai was suffering’ – Enzo speaks…