Despite a power cut that delayed the start of the ninth edition of Zim Hip-hop awards show at Woods Restaurant and Bar in Harare at the weekend, the show was a success, with huge turnout by artistes who delivered electrifying performances. 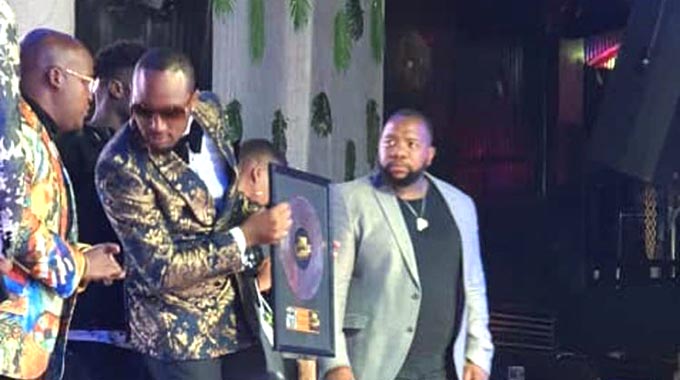 The event, which run under the theme, “Culture over everything” was this year bigger and better and had less controversies.

The stage and lighting were on point. The sound had some hiccups — one moment too high, the next moment too low, but overall, it showed that the organisers did their homework well this year.

Organised by Aldrin Harrison, affectionately known as “Beefy” in the genre, the event saw newbies and old dogs scooping the prestigious gongs.

That he is into the genre probably made it easier for him to relate to the guests and the artistes.

The time the venue was booked for the event lapsed and it was cut short before some awards were announced.

This was when the after party session started. One thing why this genre needs to be saluted and respected for is that the artistes are very supportive of each other.

Guests were dressed to kill and following the theme and the red carpet hosted by Shennice.

First in the awards’ history was the interviews upon entry which made the artists feel they were real superstars.

Rapper Ti Gonzi put up a scintillating performance, although he was affected by power cuts, which did not go down well with him as left the stage before finishing his song.

King 98, Nasty C and Laylizzy proved their mettle after beating Ti Gonzi and Ishan of the “Kure-kure” fame on the best collaboration category, which shocked and surprised many.

Rival rappers Stunner and Mudiwa-Hood battled it out on the best dressed, but the award was not presented as it was one of those affected by the time factor and were not announced.

But the flamboyant Mudiwa had already won the “People’s choice award”, while Stunner scooped the “Best Personality of the Year”.

The artists praised the show and thanked the organisers.

Speaking on the sidelines of the show, Beefy said everything went according to plan and was happy with the turnout and how some corporates supported them.

“It was definitely a step further in the right direction, amazing and well choreozzgraphed performances and the support from corporates is increasing,” he said.