Businessman Genius Kadungure last Friday got his passport back for the fifth time after he indicated that he intends to travel to Botswana and South Africa where he has business interests. 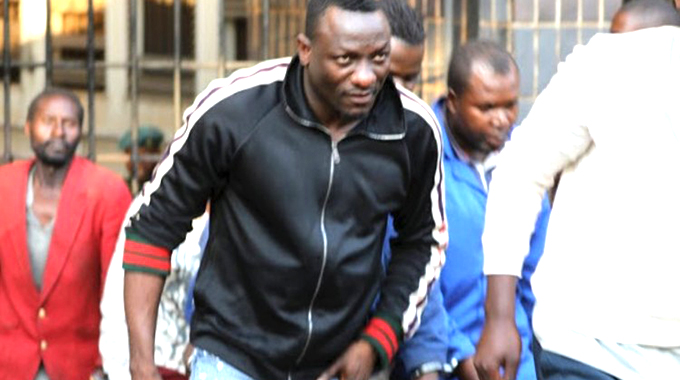 Kadungure’s passport is being kept by the Clerk of Court as part of his bail conditions in cases where he and one of his companies, Piko Trading Company, are facing four counts of prejudicing Zimbabwe Revenue Authority of nearly $3 841 107 in taxes.

In his first count, Kadungure is being jointly charged with his company – Piko Trading – after they allegedly made false statements or entry into returns rendered in Value Added Tax (VAT) between February 2009 and March 2016.

‘ZIMRA board must be fired for breaching corporate…

The State alleged that Kadungure between January 2015 and March 2016 smuggled about 5 289kgs of Liquified Petroleum Gas into the country, leaving ZIMRA suffering $6 72 533 in potential income.

Kadungure and his company also allegedly failed to pay $355 559 in employees’ tax to the Commissioner of Taxes between February 2009 to April 2016.

He is also charged in his personal capacity for failing to submit documents about his retains to the Commissioner of Taxes from January 2010 to December 2015 as required by the Incomes Tax.

Kadungure, who was being represented by lawyer Brighton Pabwe, on Friday last week told the court that his businesses in Botswana and South Africa requires his presence, hence the need for his passport to enable him to travel.

“We apply that he gets back his passport from today, December 13 to February 11, 2020,as he has been given the same on five times before,” he said. “We also apply that his reporting conditions be temporarily relaxed during the same period, as he was required to report to the Morris Depot Commercial Crimes Department once every fortnight.

“He intends to return the passport on February 11, 2020 and we are fully aware that it is his next remand date when he is returning to court.”

The State being represented by Tinashe Makiya did not oppose the application.

Magistrate Mr Chrispen Mberewere ruled that Kadungure temporarily gets his passport and also temporarily relaxed his reporting conditions. The Herald

‘ZIMRA board must be fired for breaching corporate governance principles’