A security guard at an up market hotel in Victoria Falls has been fined $300 for growing a mbanje plant in a garden at his homestead. 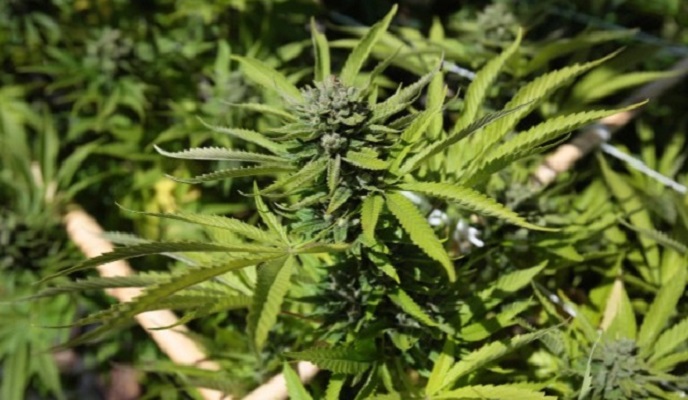 John Thebe (51) of Chusuma Number 1 Village under Chief Mvuthu, who is employed at the Gorges Lodge on the banks of the Zambezi River, told the court that he smokes mbanje because it gives him energy.

He told the court that he only smokes mbanje while doing his household chores.

The magistrate warned Thebe against “playing with fire” before slapping him with a $300 fine or alternatively three months in prison in the event he defaults in paying at the end of the month.

“You should know that you are playing with fire when you commit such a crime. The court took into consideration that you are gainfully employed hence didn’t want to affect those who depend on you but next time you do that again you will go to jail,” said the magistrate.

In addition, the magistrate sentenced Thebe to a wholly suspended six months jail term on condition he does not commit a similar offence within five years.

The plant is forfeited to the State, said Ms Maphosa.

Prosecuting, Mr Japhinos Tavengwa said police acted on a tip-off from members of the public and visited Thebe’s homestead upon which they found one plant of mbanje.

“On the 3rd day of July 2019 at 8AM, police officers received information to the effect that the accused had planted mbanje in his garden situated at his homestead.

“Acting on the information, police proceeded to Chisuma Village Number 1 whereupon they went to Thebe’s homestead and introduced themselves and their mission,” said the prosecutor.

The police requested to inspect Thebe’s place of residence and he led them around the homestead.

Police noticed the mbanje plant upon entering the garden and uprooted it.

Yaya Rudo: Cherish what you already have