Clothing retail store, Power Sales, has shut down some of its branches in Bulawayo as it scales down operations citing the challenging economic conditions. 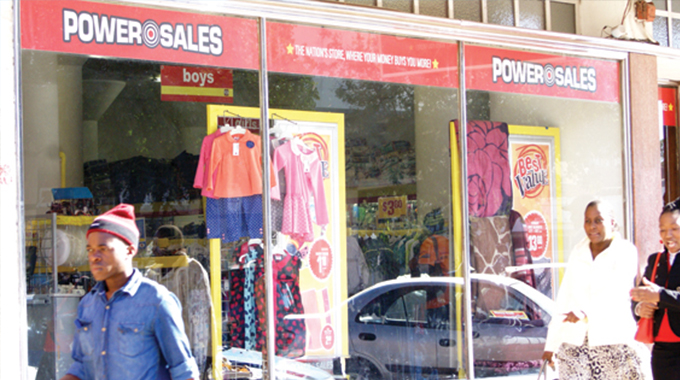 Power Sales general manager, Mr Fanuel Mahachi, confirmed the business was in distress and that as a result a restructuring exercise was being carried out, which has seen the company retrenching some of its staff.

He said: “The current economic challenges have forced us to consolidate our business to sustainable levels”.

Mr Mahachi said that the affected workers were being compensated with a “reasonable” package.

Murder at 6th Avenue in Bulawayo

“We value our workers. As such we have ensured that all those affected by the consolidation process are paid a reasonable retrenchment package for them to exit in a dignified way,” he said in emailed responses.

Power Sales is one of the oldest surviving retail clothing outlets stores and used to have numerous branches across the country. At the moment the business only runs two branches in the Bulawayo Central Business District, which are Power Sales Lobengula Street branch near Egodini and Jason Moyo and 9th Avenue Branch.

Murder at 6th Avenue in Bulawayo