Triangle United arrive in Bulawayo today ahead of their maiden appearance in the Total Caf Confederation Cup where they take on Burundi’s Rukinzo at Barbourfields Stadium on Sunday. 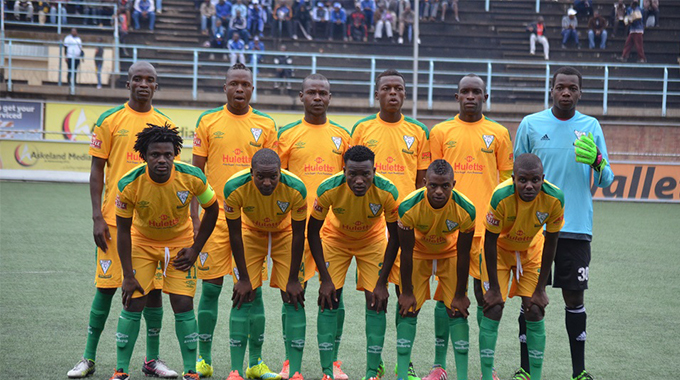 Speaking from their base in the Lowveld, head coach Taurai Mangwiro appealed to Bulawayo football fans to rally behind his boys to get a favourable outcome and enhance their chances of progressing to the second and final round of the qualifiers.

“Local matches are different from international engagements. This is now no longer about Triangle United as such, but it’s about Zimbabwe as a country and with that in mind I would really appeal to football fans, mainly from Bulawayo and surrounding areas to come in numbers and make us feel at home. I am confident that we will not disappoint,” said Mangwiro.

He said they would be arriving in the City of Kings today to familiarise themselves with the venue.

“We will have training sessions at Emagumeni so that we don’t feel like an away team come Sunday. This will be our home for the duration of this tournament and that must show by our confidence and performance,” said Mangwiro.

The former Zifa technical director said they were working hard on the mental side of their players since most of them were probably playing international football for the first time in their careers and the fact that some might be victims of complacency by virtue of Burundi not being known to be a football powerhouse in Africa.

“It will be key to be mentally focused as we engage our opponents. Participating in this tournament is a huge honour which if presented one has to fully utilise because you never know when again you will be back in the same tournament, so we are keen to do well and go as far as possible,” said Mangwiro.

The visitors will be playing their first competitive match since April this year, presenting a perfect chance for Triangle United, who are in full swing in the domestic season, since their opponents might still be rusty from the off-season lay off.

If Triangle United manage to sail into the last and final round of qualifiers, they are likely to meet either Fasil Kenema Sport Club of Ethiopia or Bruce Kangwa’s Azam of Tanzania in what will be an emotional return to Barbourfields for Kangwa.

Gate charges for Triangle United’s match have been pegged at $10 for rest of the ground, $20 wings and $50 for a place in the VIP grandstand and VIP enclosure. The Chronicle

Ramaphosa email leak ‘an attempt to undermine public confidence in him’