NO lobola, no sex!

A woman from Zibombo Village 2 in Shangani area in Matabeleland South left her community shocked when she reportedly kicked out her husband of 17 years from their matrimonial home allegedly as punishment for not paying bride price for her. 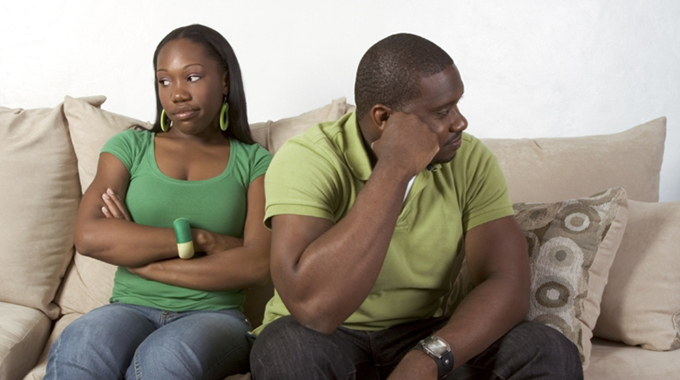 Julian Chiza, who felt her husband Tuesday Moyo could not continue enjoying her affection without giving her parents a token of appreciation for raising a woman who bore him three children reportedly told her husband that she could not sleep with him or accept him until he paid lobola.

Narrating his ordeal to B-Metro over the phone, Moyo who is now staying with a friend, said he was still to come to terms with his wife’s nasty move of evicting him from their home over failure to pay lobola.

“My wife kicked me out of the house because I had not paid lobola. She threw all my belongings outside. When I confronted her she started shouting at me with vulgar language saying she could not stay with a man who has not paid lobola for her,” said a devastated Moyo adding that he could not do so at the moment as he could not afford to.

Rethinking lobola: The case ‘against’ custom

He said his wife was also not allowing him to have access to their children.

“She is also refusing me access to our children. I tried to engage the village head and her family over the matter but to no avail. Her family said they will only entertain me after I had paid something,” said Moyo.

After realising that his in-laws had refused to entertain him, Moyo sought the intervention of the courts in the form of a peace order against his wife.

His application reads: “Julian Chiza is my wife and we got married in 2002. We have three children together and I want a protection order against her because she chased me away from our matrimonial home in February this year saying I didn’t pay lobola for her. She also insults me with vulgar language and I want the court to assist me so that I can go back and look after my children,” begged Moyo.

He said although the order was granted in his favour, he didn’t receive any joy after the presiding magistrate “ignored” his request to stop his wife from chasing him from their matrimonial home.

The wife was only ordered not to verbally abuse him with vulgar language.

Chiza was, however, not available for comment but according to evidence she led in court she admitted to chasing away her husband from home as punishment for not paying lobola.

She also said her husband once ill-treated her when he deserted her soon after giving birth to their first child.

“After he impregnated me in 2002, he disappeared. He returned in 2006 and we started staying together. I chased him away because I can’t say we are married since he didn’t pay lobola for me for all those years we had been staying together. He was also accusing me of poisoning him,” she responded. B-Metro

Rethinking lobola: The case ‘against’ custom

Man hangs self after failing to pay lobola