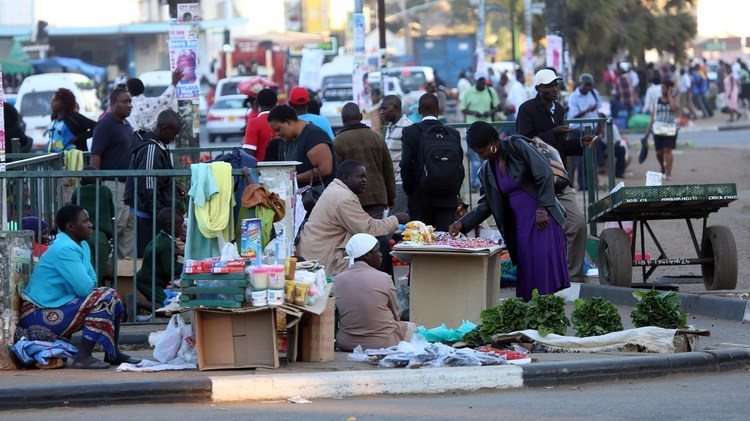 Some politicians have been conniving with council officials to deprive the city of revenue from Mupedzanhamo, Mbare Musika, Glen View Area 8 Furniture Complex and other markets in Highfield.

Harare recently regained control of Carter and Paget houses in Mbare, 10 years after it lost the buildings to an infamous violent outfit called Chipangano.

The city lost over $3,6 million in revenue during the years when the buildings were under the control of Chipangano, whose leaders pocketed all the money paid by tenants.

Mbare vendors are reportedly paying thousands of dollars to politicians who lost in last year’s elctions, but now acting as “space barons”.

A known Highfield “space baron” married six wives thanks to the thousands of dollars he gets from vendors.

A report on revenue collected from the informal sector and challenges being encountered presented to the Informal Sector Committee by Housing and Community Services director Mr Edmore Nhekairo said council collected $7 652 376 from 2016 to date.

From January to March this year council collected $759 427, more than half of what was collected the whole of last year.

Mr Nhekairo reported that he had put in place various strategies to improve revenue collection which included periodic rotation of market officers and assistants as well as identification of more sites, among others.

Council is also repossessing defaulters’ market stalls for non-payment of tariffs and has introduced an electronic receipting system to curb leakages through corruption.

The recent Informal Sector Committee minutes say the Director of Housing and Community Services reported that the strategies had been put in place to enhance revenue collection included routine transfer of market officers and market attendants, control and monitoring of overlaps and ensuring that traders produced proof of payment upon entering the market.

Also arising from the same discussion, the committee requested progress on areas such as Marlborough Home Industry and Siyaso Home Industry where traders were not paying.

“The Director of Housing and Community Services reported that the traders at Siyaso Home Industry had not been paying (their dues) over the years. They only started paying after the district officer had engaged them. They had offered to pay $20 a month,” reads the minutes.

“After the joint operation command operation, the district officer had engaged them and they had agreed to pay the requested amount. They had, however, requested for the same arrangement at Mupedzanhamo where a municipal detail manned the gate and ensure everyone paid.”

With regard to Marlborough Home Industry, Mr Nhekairo reported that the site was allocated in 1998 but had not been serviced to date.

He said there were no roads, running water or toilets and traders had resisted paying as the site was not serviced.

“To that effect, he had engaged the Survey Section to do a proper mapping of the stands and the latter had submitted a report to the Planning Division to formally allocate the stands. The traders were told that for them to qualify for the allocation, they had to pay at least 25 percent of their arrears by April 3o for them to enter into lease agreements with council.” The Herald