The burial of music superstar Oliver “Tuku” Mtukudzi — the first musician to be accorded national hero status -— was unprecedented in many respects. 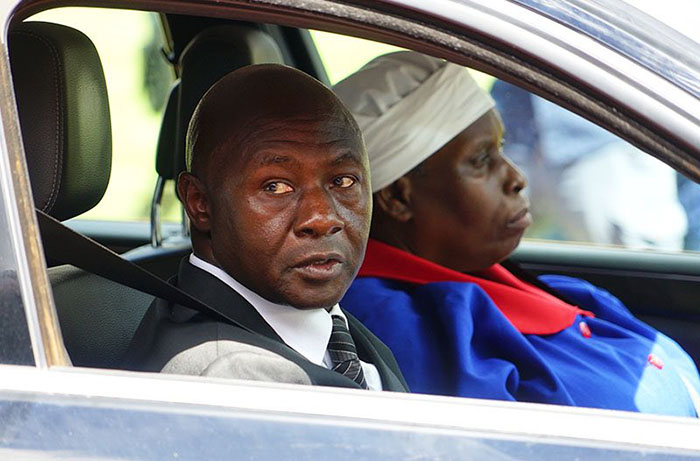 It was the first time a national hero was buried by Nyaradzo Funeral Services, breaking a monopoly that had been enjoyed by the oldest player in the industry.

To signify the uniqueness of the occasion, Nyaradzo Group chief executive officer (CEO) Philip Mataranyika temporarily vacated his spacious office at Park House in Harare to personally drive the hearse with Tuku’s coffin.

Mataranyika also took it upon himself to be the undertaker.

The Nyaradzo CEO explained why he went the extra mile in his bid to give Tuku a befitting burial.

“I was acting upon Tuku’s request. We grew up together in Highfield; later on we shared the same passion and love for the environment.

“We shared brotherly love. Because of this bond, Tuku made me his family’s undertaker. In 2010, I did the burial of his son, Sam,” Mataranyika told the Daily News after the burial.

He added that until his tragic death Tuku maintained a special relationship with the Nyaradzo Group.

Mataranyika said his offer to drive the hearse and to be the undertaker in line with the late Tuku’s wife was initially resisted in some quarters.

“Though there were some form of resistance along the way, Mai Mtukudzi (Daisy) respected Tuku’s wish and she insisted that I should do it for Tuku. Tuku made his choice while he was alive; he chose Nyaradzo and that ought to be respected no matter what,” he said.

Mataranyika described the late Bvuma hit-maker as was a man of style.

“He was a man of style and as such it was important for us to ensure that his funeral and burial was conducted in a manner synonymous with the late Tuku’s high standards,” he told the Daily News.

The leading funeral services provider, which runs 42 branches nationwide, also provided camping beds courtesy of their sister company Sahwira Events for the funeral which Nyaradzo ranks as the biggest event it has hosted to date followed by those of Sam Mtukudzi and businessman Kudakwashe Tagwirei’s father, Phineas.

Black Rhinos not done yet