President Emmerson Mnangagwa on Friday last week gazetted the Presidential Powers (Temporary Measures) (Amendment of the Money Laundering and Proceeds of Crime Act and Exchange Control Act) Regulations, 2018 which empowers Government to seize assets of people who fail to disclose the source of their wealth. 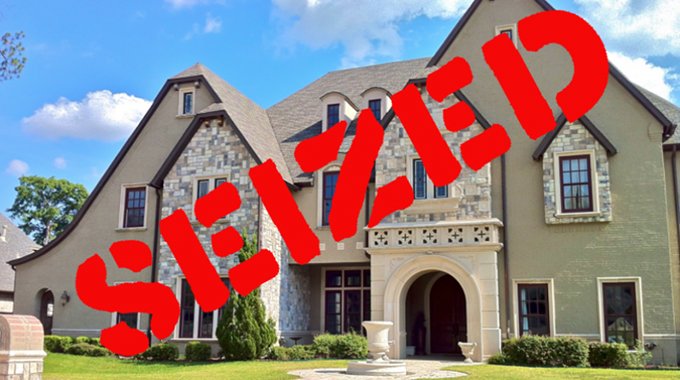 In Statutory Instrument 246 of 2018 published in the Government Gazette, President Mnangagwa said Government may issue an unexplained wealth order in respect of properties with no full disclosure.

“The High Court may, on an ex-parte application made by an enforcement authority, make an unexplained wealth order in respect of any property if the court is satisfied that each of the requirements for the making of the order is fulfilled,” reads part of the SI.

“An application for an order must specify the person whom the enforcement authority thinks holds the property.”

The effect of the order on unexplained wealth is that: “The property is to be presumed to be tainted property for the purpose of any proceedings taken in respect of the property under this Act, unless the contrary is shown.

“An unexplained wealth order has effect in spite of any restriction on the disclosure of information, but does no confer the right to require a person to answer any privileged question, that is to say a question which the person would be entitled to refuse to answer on grounds of legal professional privilege in proceedings in the High Court.”

The High Court may make an interim freezing order in respect of the property if the court considers it necessary to do so for the purpose of avoiding the risk of any confiscation order, benefit recovery, civil forfeiture order or property seizure order that might subsequently be obtained being frustrated.

President Mnangagwa also made changes to the Exchange Control (Amendment) Regulations, 2018 (No. 6) in the same Government Gazette.

“Dealings in foreign currency is hereby amended by the insertion of the following subparagraph after subparagraph (ii) or otherwise deal in currency (not being an authorised dealer), that is to say to do anything in relation to currency that is specified in paragraph (a) or (b) of the definition of “deal” in Section 2 otherwise than in accordance with these regulations.

“Section 46 (“Presumption”) of the regulations is amended by the insertion of the following subsections, the existing section becoming subsection (1) “(2) If any authorised officer or police officer acting to enforce section 4 finds any person frequenting, loitering in or lingering about any public place in circumstances that give rise to a reasonable suspicion that he is or she is dealing in currency in contravention of Section 4(1)(a), such a person may be required by the officer to give an explanation of his or her presence in or about the public place and of his or her conduct thereat, and to produce to the law enforcement agent any identity document, and to show to that agent any currency or property in his or her immediate possession or under his or her immediate control, and to account to the agent for his or her possession or control of the same.” The Herald

No need to panic: Chiyangwa