A 31-year-old commuter omnibus driver from Bulawayo who hit and killed a Grade Four pupil at Malindela Primary School in Pumula North suburb on the opening day of schools, has been fined $300. 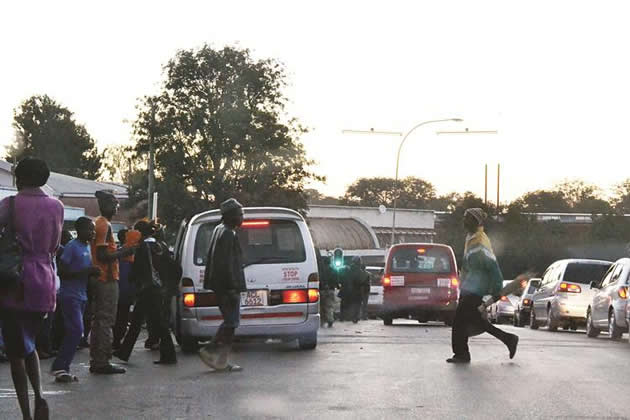 A speeding Honest Sibanda from Pumula East suburb ran over Emmanuel Mlambo (8), who was headed to school with his friends, killing him on the spot.

“I earn a living through my licence, I am asking for a lesser sentence such as a fine so that I will be able to provide for my family. I also wish to assist the bereaved family,” he said.

Mr Ncube fined Sibanda $300 and his drivers’ license was endorsed as a sign that he was once involved in an accident.

Allegations are that the driver was driving at an excessive speed and drove negligently.

Prosecuting, Mr Kenneth Shava said on September 4 at around 7AM, Sibanda was driving a commuter omnibus along Ngena Road.

“He fatally knocked down an 8-year-old school going child who was walking along an unnamed road due east intending to cross Ngena Road at T-junction formed by the roads,” he said.

The court heard that the child died on the spot.

A post-mortem carried out at the United Bulawayo Hospitals showed that the child died of subdural haemorrhage, skull fracture.

The court heard that the vehicle was towed to the Vehicle Inspection Department for inspection and the following damages were noted: right front headlights smashed, body front dented, right front signal smashed and right side light smashed.

Meanwhile, another commuter omnibus driver has been fined $300 for hitting two pedestrians.Lucky Ndiweni hit Shayibu Phiri and his son Charles Phiri (5) along Huggins Road in Luveve.

The court heard that Shayibu died upon admission to Luveve Private Clinic and his son survived.Ndiweni appeared before Western Commonage magistrate Mr Lungile Ncube who fined him $300.

His licence was endorsed as a sign that he was once involved in an accident.Prosecuting, Ms Charity Nyathi said on August 9, Ndiweni was driving a commuter omnibus along Huggins road.

“He hit Shayibu and Charles who were crossing the road with the left side headlamp of his vehicle,” he said. The Chronicle.

Injiva chucks wife out of house over infidelity. . . wife’s malayitsha lover intervenes, threatens to kill him

Forum concerned about army and police abuses during lockdown