The Trump administration said on Friday it will end temporary protections for immigrants in the United States from Honduras on Jan. 5, 2020, leaving potentially 57 000 people vulnerable to deportation. 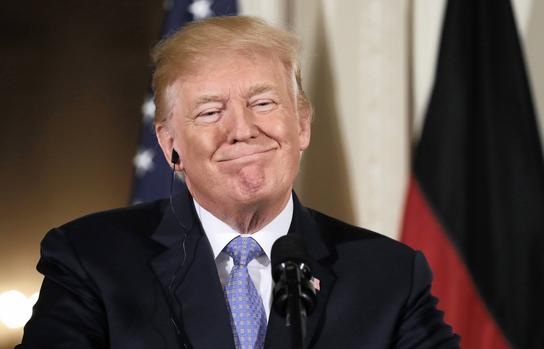 It is the latest in a series of decisions by President Donald Trump to shut down temporary protected status (TPS) granted to immigrants after natural disasters or violent conflicts that would prevent them from safely returning to their home countries.
Trump has denounced a “caravan” of migrants, mostly from Central America, that has crossed Mexico seeking entry into the United States in San Diego. Many say they are fleeing violence and political unrest at home and hope to claim asylum in US immigration courts.
Related Articles

Former VP Pence rejects Trump claim he could have overturned…

Jan 20, 2022 14,545
Marlon Tabora, Honduras’ ambassador to the United States, said the conditions did not exist in the country to repatriate tens of thousands of people. “These families have lived in the United States for 20 years and re-integrating them into the country will not be easy if they decide to return,” he said.
Hondurans are the second largest nationality with TPS to lose their status, which was granted to the country – along with Nicaragua – in 1999 following the devastation of Hurricane Mitch.
The government said it had conducted a review and found “conditions in Honduras that resulted from the hurricane have notably improved.” The 18-month timeline to end the program would allow “individuals with TPS to arrange for their departure or to seek an alternative lawful immigration,” the Department of Homeland Security said in a news release.
In January, the Trump administration ended TPS classification for some 200,000 Salvadorans, which had allowed to live and work in the United States since 2001. Their status will expire in 2019.
TPS critics have complained that repeated extensions in six- to 18-month increments of the status, sometimes for decades, has given beneficiaries de facto residency in the United States.
In November, then-acting Homeland Security Secretary Elaine Duke set a deadline of six months to make a decision about TPS for Honduras, which is one of the most violent countries in the Western Hemisphere and recently has been convulsed by protests following a contested presidential election. Duke is no longer in charge, replaced by Kirstjen Nielsen.
Most of the other countries that have come up for TPS review have been terminated except for Syria, which is in the midst of a devastating war. The administration also recently ended the program for Haiti and Nepal.
Immigrant advocates said the decisions on TPS are upending the lives of people who have settled in the United States, sometimes for decades.
“They have made enormous contributions to this nation as workers, small-business owners, homeowners, parents of U.S. citizens and community members,” said Frank Sharry, executive director at the Washington-based America’s Voice Education Fund. He said Congress should help to create a pathway for long-time TPS holders to remain in the United States.
Karen Valladares, the director of the National Forum for Migration, a non-governmental organization in Honduras, said people still are choosing to leave because of gang and drug-related violence and lack of economic opportunities.
“There have not been concrete improvements in the security situation,” Valladares said. In some ways, “Honduras is worse off than when they left.”