One of Britain’s most wanted fugitives, Jamie Acourt, has been captured in Spain on suspicion of drug offences. 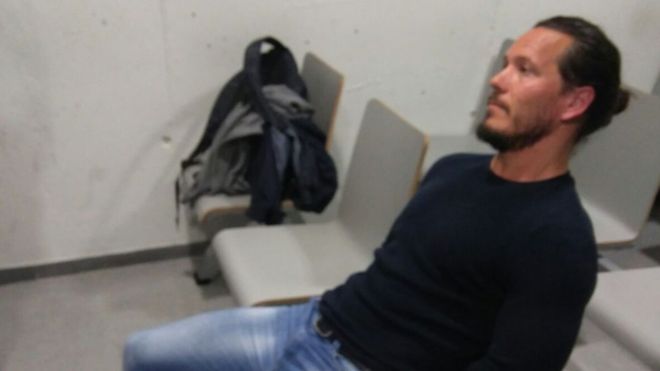 The 41-year-old from south London is wanted by police investigating the large-scale supply of drugs.

A former suspect in Stephen Lawrence’s murder in 1993, he has always denied any involvement in the killing.

He was arrested as part of operation Captura, a joint effort by the National Crime Agency (NCA), Metropolitan Police and Spanish National Police.

“He had protection. He had help. He didn’t live a normal, relaxing life. He was using false identities, false names,” the source said.

Police believe Mr Acourt was using four or five different branches of the Metropolitan chain of gyms in Barcelona.

The BBC understands from a source at the gym that he had been a member at the one near the Sagrada Familia cathedral for “a long time” and he was seen there on a regular basis.

Police said he was moving around Spain and spending time in “places where a tourist could disappear”.

Recently, police believe he had been living in Barcelona.

The investigation to find him took years and was a close collaboration between Spanish National Police and the NCA.

When arrested he told police he was an Italian tourist, according to the source.

Mr Acourt was last seen in the UK on 1 February 2016, in the Eltham area and was known to visit south-west London and areas of Surrey.

A spokesman for the Met said: “The European Arrest Warrant was issued as part of the Met’s efforts to trace Mr Acourt in relation to an investigation into the unlawful supply of controlled substances.

“This relates to an investigation launched in 2016 by detectives from the Serious and Organised Crime Command.

Mr Reynolds said Mr Acourt’s extradition is likely to take “days or weeks rather than months”.

Mr Acourt will appear at court in Madrid early next week for an extradition hearing.

He is due to appear at Spain’s High Court in Madrid for a bail hearing later and an extradition hearing will follow in the coming days. BBC News